We Will Continue Taking The Knee Because We Strongly Believe In It: Kieron Pollard

West Indies captain Kieron Pollard has said that his side will "continue" to take a knee during the ICC T20 World Cup "because it's something that we strongly believe in, as a team". 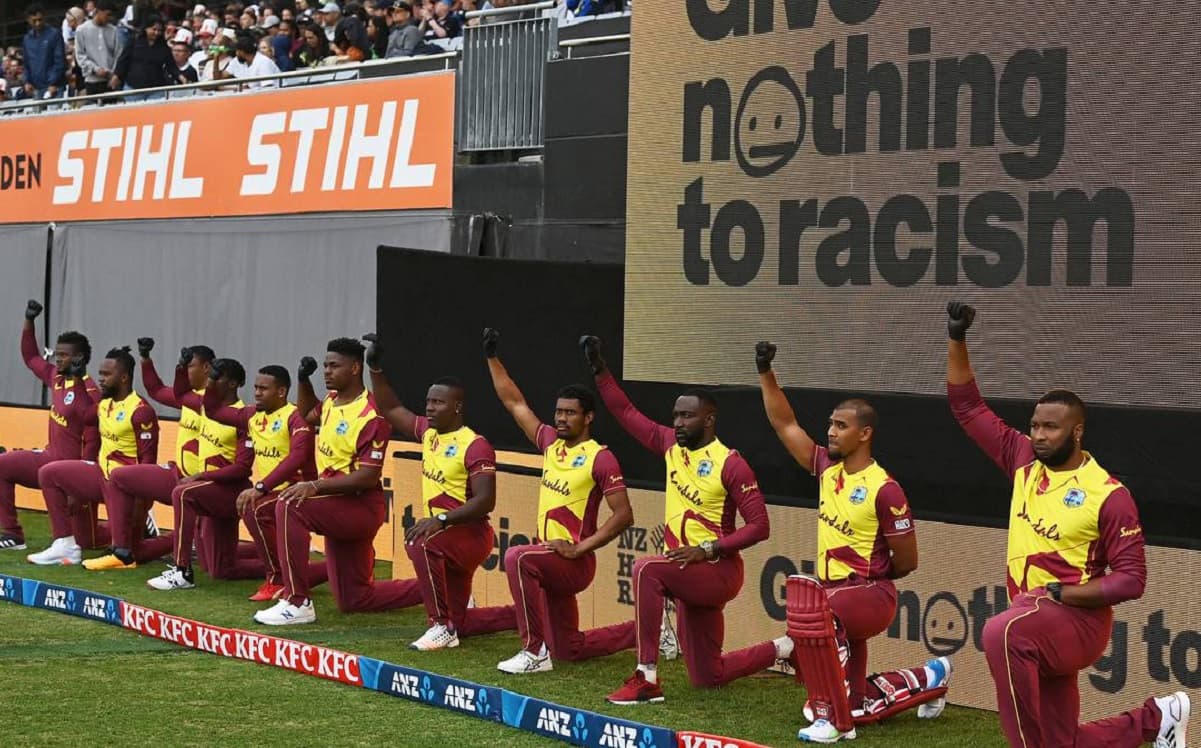 The T20 World Cup will commence on October 17 in the UAE and Oman and West Indies are among the favourites, given their form and the fact that they are the two-time champions.


Have That Air Of Arrogance And Confidence: Shane Watson To Rishabh Pant

The West Indian players have been taking a knee and raising their fists before the start of games in support of the "Black Lives Matter" movement ever since American George Floyd was killed in May 2020.

"From my knowledge at this present time, I think it's something we're going to continue because it's something that we strongly believe in, as a team. Hopefully, we can just continue to show our support for something that I think is close to our hearts," Pollard told espncricinfo from his quarantine hotel in Dubai.

On whether he would encourage England cricketers and support staff to take a knee before their matches, Pollard added, "Everyone has their own opinions on racism and Black Lives Matter and all these things. So, I can't tell them what to do or expect anything, because sometimes when you expect things from people, you tend to get disappointed.

"Again, sometimes, you just have to look at the man in the mirror, and if we think it is something that is very, very important to us, we will do it. And if the opposition thinks that as well, it's up to them. If they don't, (it's a matter of) personal choices," added Pollard.

England will take on West Indies in the opening match of the T20 World Cup in Dubai on October 23, and there is speculation whether the Joe Root-led side will show support for the BLM movement.

England pace bowler Chris Jordan has said that his side has not yet taken a decision on the issue at its training camp in Oman.

"Nothing has been discussed, really. We'll discuss it and if people feel strongly about it, we'll definitely do it. On the flip side, if we don't, then we won't. We'll have to discuss that internally and then take it from there," he said.