We weren't up to the mark on the field: Rohit Sharma 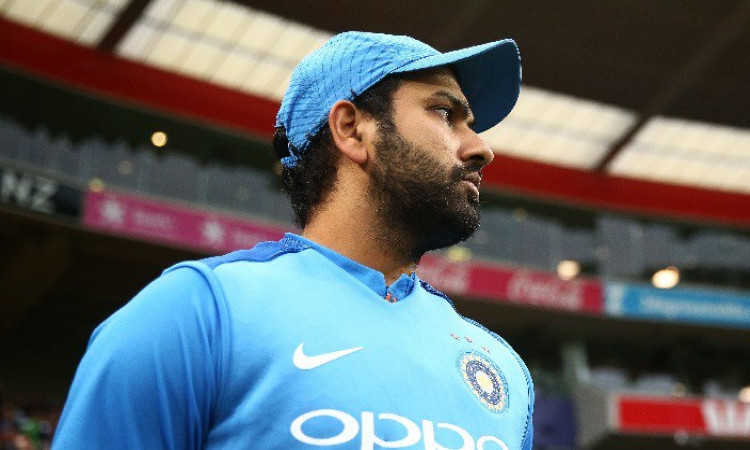 New Delhi, Nov 3: India's stand-in captain Rohit Sharma admitted that mistakes on the field were a big factor behind the loss against Bangladesh in the first T20I at the Arun Jaitley Stadium here on Sunday.

Wicketkeeper-batsman Mushfiqur Rahim slammed a brilliant unbeaten half-century as Bangladesh chased down the 149-run target with three balls and seven wickets to spare to registered their first ever T20I victory over India.

"Not to take the credit away from Bangladesh. They put us under pressure right from the start when we were batting. It was a defendable score, but we made mistakes on the field," Rohit said in the post-match presentation ceremony.

India were without their star bowler Jasprit Bumrah who is recuperating from an injury, while regular captain Virat Kohli has been rested.

"The guys are a bit inexperienced, and they can learn from that and perhaps not repeat the mistakes the next time," Rohit said.

India made a number of erroneous DRS calls during the Bangladesh innings. The problem was apparent in the 10th over bowled by Yuzvendra Chahal when India missed out on a successfull review call of an LBW decision that went Mushfiqur's way. They also wasted a review on a caught behind appeal.

Mushfiqur was given another lease of life in the 18th over when Krunal Pandya dropped a regulation catch on the deep mid-wicket boundary off Chahal. Mushfiqur went on to become the architect of the Bangladesh win with an unbeaten 60 (43 balls, 4x8, 6x1).

Rohit, however, felt that India's score of 148/6 was a competitive total on what was a difficult pitch to bat on.

"The reviews were mistakes from our side. The first ball he (Mushfiqur) played off the back foot, we thought it was going down the leg. The next one he played off the front foot, but we forgot how short he is. We weren't up to the mark on the field, but batting-wise I think we put up a competitive score," Rohit said.

The second game of the three-match series will be played in Rajkot on November 7.