We Were Out There To Play Free-Flowing Cricket: KKR Skipper Eoin Morgan

Kolkata Knight Riders (KKR) gave themselves hope in the race for the Indian Premier League (IPL) playoffs with an emphatic 60-run win over Rajasthan Royals (RR) on Sunday at the Dubai International Stadium and captain Eoin Morgan said that they had gone in with the intention of playing free-flowing cricket. 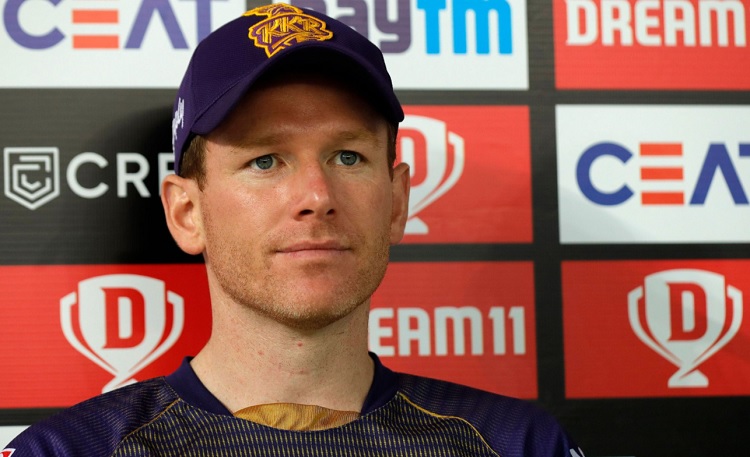 With the win, KKR jumped from the bottom of the table to fourth but they await the result of Tuesday's match between fifth-placed SunRisers Hyderabad, who are two points behind them but with a higher net run rate, and the Mumbai Indians (MI).

"I thought it was around a par score," said Morgan in the post-match presentation ceremony about their score of 191/7.

"Every batsman who came back in and said that it was a beautiful wicket with the dew in. We lost wickets between 10th and 15th overs, and to finish like we did was really good. We were out there to be play a free-flowing style of cricket. That was the only way we were going to win. Especially with the dew factor expected anyway, irrespective of when it came. Bringing out Dre Russ in meant that it took the conditions out of the equation. We backed the guys to take a bit of risk even if it wasn't there," he continued.

Fast bowler Pat Cummins effectively finished things off within the powerplay with four wickets. Shivam Mavi meanwhile dismissed Sanju Samson in the same period thus leaving with half their batting line-up back in the hut within the first five overs.

"We felt that a hard length or a good length was the best spot to bowl. We tried to execute that in the first six overs and I thought Mavi was outstanding. Obviously Pat set the tone early on. Winning the game was about taking wickets, especially early. RR are a side that are top-heavy and you need to get them early. Having that aggressive mindset was important for us," said Morgan.