We should let Rohit enjoy his batting at the top: Virat Kohli 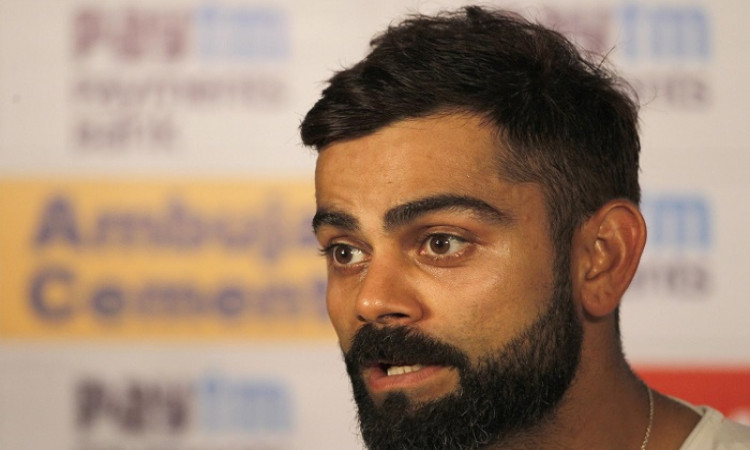 Pune, Oct 9: India captain Virat Kohli feels it's time to let Rohit Sharma enjoy his batting at the top of the order and if he does that, India will be in winning situations more often than not in Test cricket.

"If a guy like him at the top of the order plays the way he does, we are going to be in situations to go for victory in most of the Test matches. So we are all very happy for him. It's time to let Rohit Sharma enjoy his batting in red-ball cricket," Kohli said on the eve of the second Test here on Wednesday.

Rohit marked his foray into Test match opening, with twin hundreds shattering many records as India registered a comprehensive 203-run victory in Visakhapatnam.

Since being promoted to the opening slot in limited overs cricket in 2013, the 32-year-old has established himself as one of the best players in the format but he never managed to replicate that success in Tests as a middle order and lower middle order batsman.

He was finally promoted to the top of the order ahead of the first Test between India and South Africa and went on to score 176 in the first innings and 127 in the second innings and was adjudged the Man of the Match.

Following his stellar opening debut, he also jumped a whopping 36 places to achieve his career-best ranking of 17 in Tests.

India are sitting pretty on top of the ICC World Test Championship with 160 points and have further chances to bolster their position. Kohli also weighed in on the points system and said that away victories were more hard to come by and hence, should be given more recognition.