We share a strong bond: Wahab Riaz on Mohammad Amir

June 26 (CRICKETNMORE) Left-arm Pakistan pacer Wahab Riaz has said he shares a strong bond with teammate Mohammad Amir and they always listen to each other. 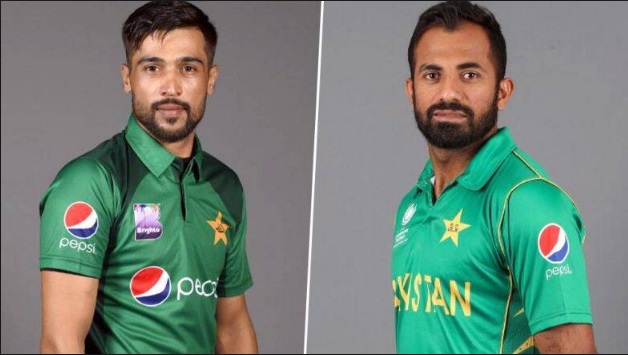 Amir is currently having a dream outing in the ongoing ICC Cricket World Cup 2019 after bagging 15 wickets from just five games to sit at the third spot on the list of leading wicket takers.

Australia's Mitchell Starc is leading the table with 19 wickets in seven matches and is followed by England's Jofra Archer, who has 16 wickets from seven games. Meanwhile, Riaz has scalped eight wickets from five matches in the showpiece event.

In a video shared by the International Cricket Council's (ICC) official Twitter handle on Wednesday, Riaz spoke on his relationship with Amir, and said: "The best thing is that we both talk to each other how things are going, what we should do and how we should bowl. We always listen to each other and always believe in each other's perspective about any game."

"Amir failed to perform to his level in the last few games he played before the World Cup, he was not the one among the wickets and as a bowler I know how difficult it was even though you had that self-belief. But, when people talk a lot about you, it is not that easy," the 33-year-old added.

Further speaking on the Green Brigade's chances in World Cup 2019, Riaz said that the players know that they let the team down but at the same time they also know how to put things back in control.

After managing just two wins from six games with a game being washed out, Pakistan is placed seventh in the points table with five points.

"Pakistan have lot of match winners. If we suffer exit from World Cup 2019, it won't be justified. We don't have to look what other teams are doing, we have to see what we are doing," he pointed out.

"We have nothing to lose and can reach semi-finals winning the remaining three games," Riaz pointed out.