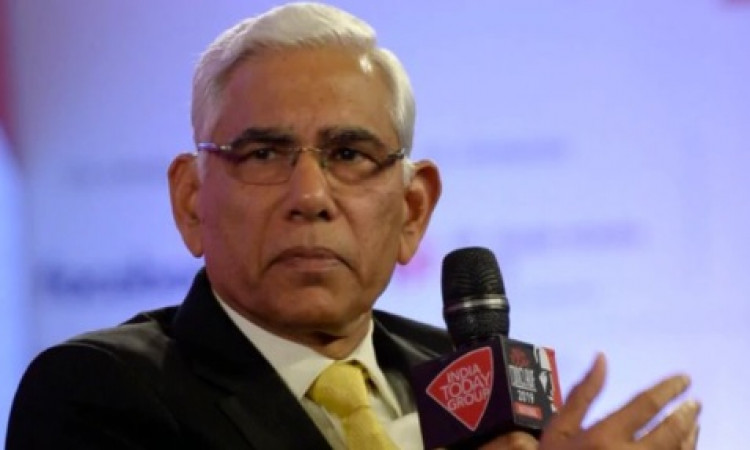 New Delhi, Sep 10. The Committee of Administrators (CoA) chief Vinod Rai has acknowledged that there exists a difference of opinion on the conflict of interest issue as interpreted by BCCI's Ombudsman-cum-Ethics Officer Justice (Retd) D.K. Jain and the CoA.

Jain had sent notices to legendary cricketers like Sachin Tendulkar, Sourav Ganguly and Rahul Dravid, which in turn has not gone down well with many in the Indian cricket fraternity.

Also Read: Shami doesn't need to surrender, we have got stay: Lawyer

"The CoA has a difference on the way the conflict of interest has been interpreted. We have a Supreme Court-appointed ombudsman and he took a view on it. It was very justified because the way he interpreted, he must have seen it right legally," Rai said while speaking in an interview to Times Now.

"It was given to us. We raised the issue with him that we need some clarifications on this application of conflict of interest because we do not see the way it has been interpreted. So, we brought it to his notice and we have gone to the Supreme Court.

"Whether it's a Sachin Tendulkar, Sourav Ganguly or VVS Laxman, it's not the issue of being an icon. The issue is the game has to be played with a certain amount of credibility," he added.

The CoA chief further said he believes that the Supreme Court will provide clarity on the issue so that no problem arises when it comes to the case of conflict of interest and its interpretation.

"We have sought from the Supreme Court that up till now, there's been no interpretational issue, it was only on this conflict of interest."

"We have a viewpoint on it and we have placed it before the Supreme Court so that, what is called to be a grey area, is converted into black and white. There are no two ways about it. Supreme Court will come out with a clear verdict."

He also asserted that the day BCCI elections are held (as per schedule, it is to be held on October 22), the CoA will demit the office. "There is no place for a committee of administrators after an elected body has been put into place."

He also claimed that the Board of Control for Cricket in India has not been losing on any revenue from the ICC.