We need to keep improving away from home: Aaron Finch 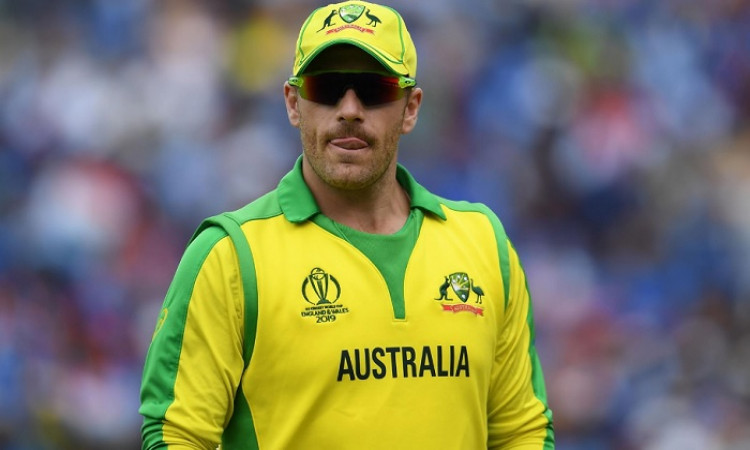 Mumbai, Jan 10: Australia's limited-overs captain Aaron Finch feels the team needs to keep improving in away conditions as most teams these days are good only in their own backyard. He was speaking ahead of their three-match ODI series against India starting January 14 at the Wankhede.

The Aussies recorded a comeback in the five-match ODI series last year and won it 3-2 despite going down in the first two matches.

This time, the team comes on the back of dominating Pakistan and New Zealand in Tests at home.

"It's important that we come here and continue the good form we have had for the last few months," Finch told reporters upon the team's arrival.

"There has been a lot of wins, one big challenge is to continue and keep improving especially in the away conditions. Most teams in the world are now very comfortable playing at home. For us, to go away and continue to win and challenge the best teams in the world on a regular basis is really important. It's something that we are excited for the challenge," Finch said.

On the challenges in India, he said executing plans against spinners and pacers will be the key and they need to stick to basics for a long period of time.

"You have got different challenges. You have got guys like (Jasprit) Bumrah who can move the ball... You have got the consistency of (Ravindra) Jadeja, (Yuzvendra) Chahal, Kuldeep (Yadav), so you can't take either of the challenges lightly.

"You have to be prepared with your own game plan mentally to take them on.

"At the end of the day, it's international cricket, you can't take anything lightly, you can't put more emphasis on one than the other, otherwise you can find yourself coming up pretty short.

"A lot of time you can get caught up in worrying about things that aren't all that relevant. At the end of the day, all you have to do is stick to the basics for a long time. We have seen that in these conditions," Finch said.

On the last tour, he said: "The pleasing thing from the last tour is how we were able to come back from 0-2 down to win 3-2. That made a really big statement. Once you get behind in the series, you don't give up, you keep chipping in one game at a time and try to get back to the series bit by bit. And you start that by sticking to the basics," the skipper added.

Australia are also pinning their hopes on spinner Ashton Agar who can also bat.

"The package that he brings with his batting and left-arm spin bowling is going to be a really important part of our side. He is someone, who we are hoping, can fill the role of an all-rounder more often," Finch said.