We knew if we stuck till the end, we could win easily: David Warner 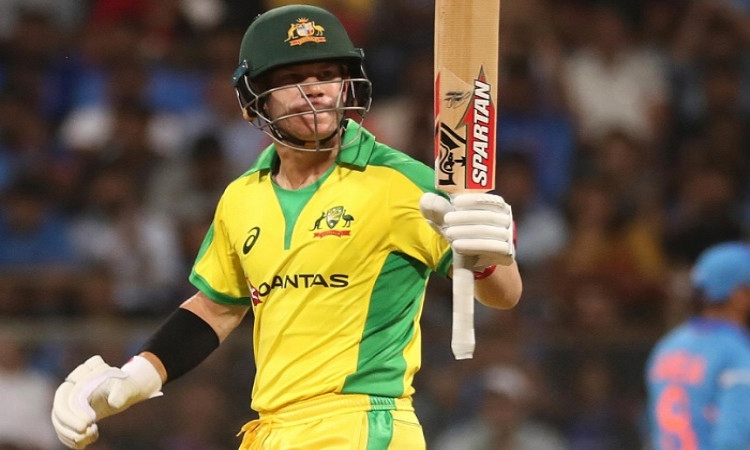 Mumbai, Jan 15: David Warner and his opening partner and captain Aaron Finch ensured that Australia got off to the best possible start in their three-match ODI series in India with a massive 10-wicket win in the first game on Tuesday. Warner hit the winning runs and ended the match on 128 and was thus Man of the Match at the Wankhede Stadium in Mumbai.

"Finchy started really well, allowed me to take my time. For us, it was about rotating strike during the middle overs. Wanted to hit the odd boundary, hang in there and take the game deep. We knew that if we were there till the end, we could do it with ease," he said.

Finch ended the match unbeaten on 110 and their stand of 258 is the highest ever in ODI cricket against India for any wicket. It was also the first time in over a decade and only the second time ever that any team had beaten India at their home by 10 wickets.

Warner, like Finch, gave credit to the bowlers who restricted India to 255. "Was a great effort from our bowlers in the afternoon. To put India down to just 254 on their home soil was incredible and to then close the game down like we did was brilliant," he said.