We have patience with 'world class' Pant: Ravi Shastri 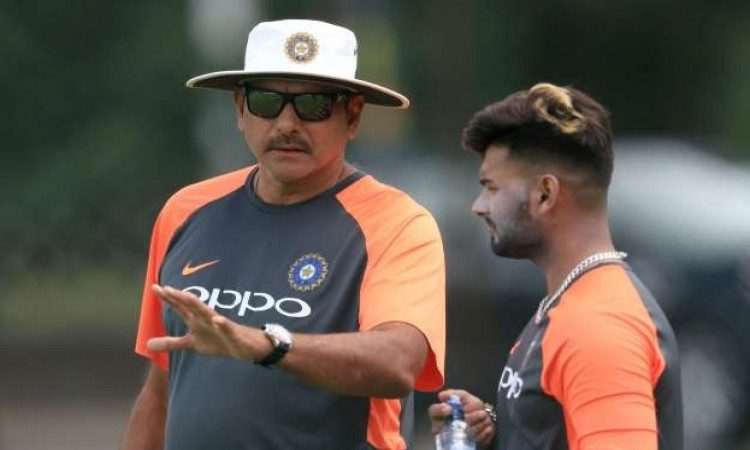 Mumbai, Sep 26:  India head coach Ravi Shastri has put his weight behind under-fire Rishabh Pant, saying the wicketkeeper-batsman is a world class player and the team management will give him all the support he needs to prosper in international cricket.

In the recent times, Pant has been criticised for his lack of consistency with the bat, compounded buy the manner in which he gets dismissed.

"Pant is different, he is world class and is a brutal match-winner. Very few around in the world game; I can't pick five on my hands when it comes to white-ball cricket, T20 cricket. So the patience we will have with him is a lot," Shastri told Hindustan Times.

He further said the 21-year-old has "already done enough" and will only learn with experience in the time to come.

"All your media reports and all the experts writing (but) Pant is in great space with this Indian team. Experts, they have a job, they can speak. Pant is a special kid and he has already done enough. And he is only going to learn. This team management will back him to the hilt."

The Indian head coach also spoke about his previous comment on Pant where he had asked the left-handed batter to take more responsibility.

"Don't say team management, I spoke about 'the rap on the knuckles'. If someone goofs up, I have to pull them up," he said.

"Am I there only to play tabla? But this guy is world class, this guy can be destructive, can be a destroyer. And we will give him all the support that he needs to prosper in international cricket," he added.

Earlier, former Indian all-rounder Yuvraj Singh also came in support of the Delhi batsman, saying getting the best out of Pant by understanding his psychology, instead of suppressing the young wicketkeeper-batsman's natural game is the way forward.

Pant has long been touted as M.S. Dhoni's replacement behind the stumps for India. While his talent is acknowledged by many, he has come under significant criticism in his short career over the ways in which he gets dismissed and a perceived lack of ability to put value on his wicket.

Yuvraj said that one should refrain from comparing Pant with Dhoni. "MS Dhoni was not made in a day. It took a few years so it will take a few years for a replacement also. There is one year to go for the T20 World Cup so that is still a long time," the former Indian all-rounder said.