We didn't deserve to win at all in this series: Virat Kohli 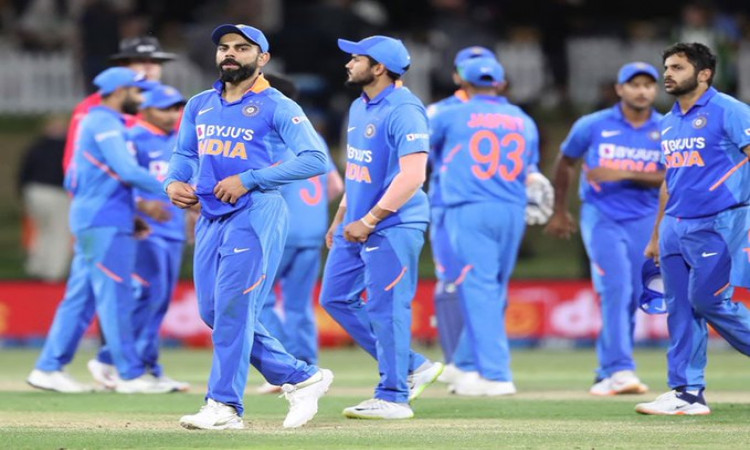 Mount Maunganui, Feb 11:  India skipper Virat Kohli blamed the team's lack of composure while bowling and fielding as they lost the ODI series 0-3 to New Zealand after being defeated in the third and final match by five wickets.

"The games were not as bad as the scoreline suggests. Batsmen coming back from tough situations was a positive sign for us, but the way we fielded and bowled, the composure wasn't enough to win games. We didn't deserve to be on the winning side at all in this series," Kohli said at the post-match presentation ceremony.

"We haven't played so badly, but we didn't grab opportunities. It was a good experience for the new guys who came in. They are still finding their feet," he added talking about the opening pair of Prithvi Shaw and Mayank Agarwal who played in the absence of Rohit Sharma and Shikhar Dhawan who are out injured.

Kohli conceded that the hosts were the better team and deserved to win 3-0. He also said India are now looking forward to the two-match Test series starting February 21 in Wellington.

"They (New Zealand) played with lot more intensity than we did. They deservedly won 3-0. We are excited for the Test series. We now have a balanced team. We feel we can win the series, but we need to step out on the park with the right kind of mindset."

Colin de Grandhomme smashed an unbeaten 28-ball 58 as New Zealand crushed India by five wickets in the final ODI at the Bay Oval on Tuesday, thereby clinching the three-match series 3-0.