We couldn't do much because of Watson: Bhuvneshwar Kumar 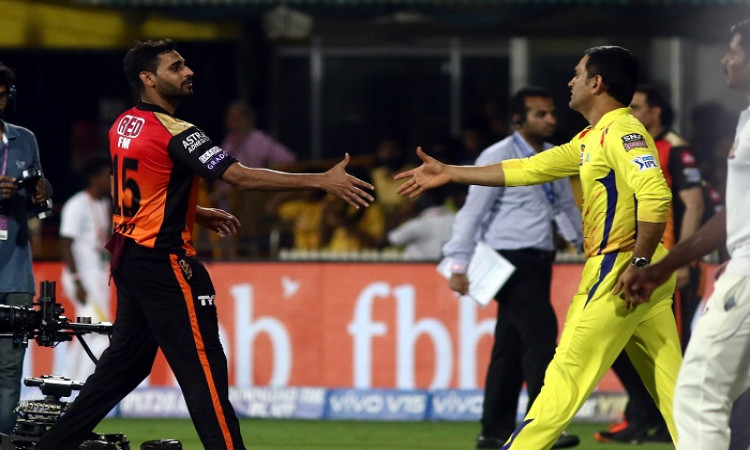 Chasing 176 on Tuesday, CSK rode on a brilliant 96-run knock from their veteran batsman Shane Watson to once again move to the top of the points table. Watson, who took 53 balls and hit nine fours and six sixes, however missed out on a fifth IPL hundred as Bhuvneshwar Kumar (1/18) got his wicket.

"It was a par score on that wicket. There was dew on the ground but that didn't really bother us. The way Watson batted we couldn't really do much. The credit goes to Watson," Kumar said at the post-match presentation ceremony.

SRH failed to give a fitting farewell to their explosive opener Jonny Bairstow, who will be leaving for England to attend the World Cup camp. The stand-in skipper acknowledged the fact that the team would miss Bairstow.

"We will obviously miss Bairstow, but we have players in the squad who can replace him," he said.

SRH are currently placed at the fifth spot with 10 points from 10 games. Next they will travel to Jaipur to face Rajasthan Royals, who are almost out of the tournament.

"We have three away games now out of four and we have to win those games to qualify. We have to be our best to defeat RR," Kumar said.