We believe in ourselves so there is no pressure: Yuzvendra Chahal 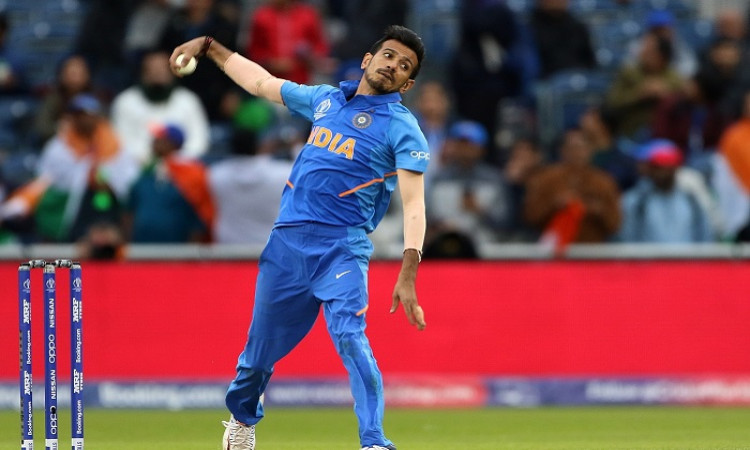 Rajkot, Nov 5: Yuzvendra Chahal said that the Indian team is confident that it can bounce back after a defeat in their first T20I against Bangladesh. In what was the first of the three T20I matches to be played between the two sides, India ended up losing by seven wickets at the Arun Jaitley Stadium in New Delhi.

Chahal said that there was no pressure from the management after the defeat, in which India made quite a few errors on the field. "There is no pressure. You know there are three matches and it's a bilateral series, not a knockout format," said Chahal in a press conference in Rajkot, where the second T20I of the series is set to take place.

"That day they played well compared to us. We know we are a better team but in the last few matches Bangladesh have always given us a proper fight. Mushfiqur (Rahim) especially played very well. We are one down with two matches and we believe in ourselves so there is no pressure, we feel we will bounce back," he said.

In the absence of the likes of Jasprit Bumrah, Mohammed Shami and Kuldeep Yadav, Chahal is the most experienced bowler in the Indian attack. He however said that there is no added pressure because of this as all bowlers have significant experience in the IPL.

"Our bowlers have all played a lot of IPL matches so they have a lot of experience. I have played just a few more T20Is than them. I only bowl four overs and the rest of the 16 is upto them so if the whole team bowls well as a unit then we will win. It is not about one person," said Chahal.

"Every player in the XI knows their role. We are all getting chances and the players are gaining confidence also from them. One or two bad matches always happen but there is no pressure because of that from any side."

The second T20I will be played on November 7.