We are used to playing in empty stadiums: Dinesh Karthik

Kolkata, April 23:  Kolkata Knight Riders (KKR) captain Dinesh Karthik feels playing in front of empty stands won't be something new to Indian cricketers as they have grown up playing domestic cricket with barely a handful watching. 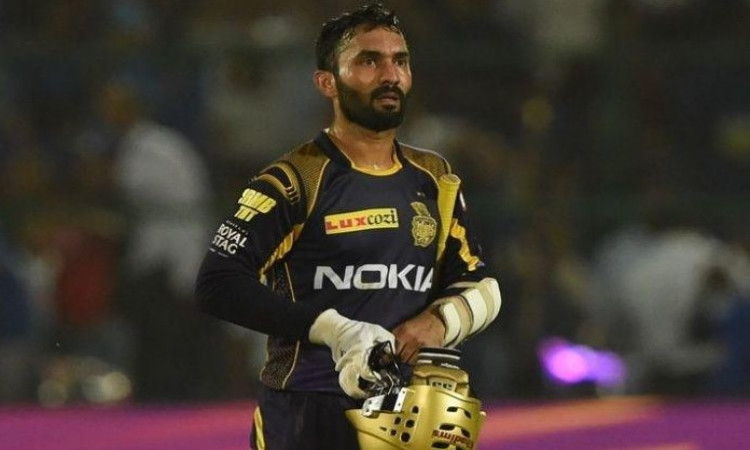 There has been a lot of talk around the Indian Premier League (IPL), postponed due to the COVID-19 pandemic, being held behind closed doors.

"For a lot of us, we have grown up playing domestic cricket without crowds. So it should not be too new to us," India stumper-batsman Karthik said during an Instachat with former England medium-pacer turned commentator Isa Guha.

The chat, where both Isa and Karthik with his squash star wife Dipika Pallikal were seen cooking a dish, was facilitated by KKR.

"It would feel weird for sure. We have never played IPL without fans but we have grown up playing domestic cricket where nobody is watching us," said the 34-year old.

Karthik also spoke about commentators talking about cricketers which at times becomes controversial when things are taken personally.

"Lot of players get hurt by what commentators say. See they are talking about you as a player and not a person. One more thing, if they don't talk about you then you are not relevant is what I feel."

"I remember watching an interview by Ian Chappell. When a player walked up to him and asked why you said this about me...he said your job is to play...my job is to talk. Lets stick to our jobs. Then there was not so much social media but now there is," Karthik added.

Asked to name his favourite ground, Karthik said: "Favourite cricket ground is Eden Gardens. I enjoy playing there. When you do well in a ground you like it a lot."