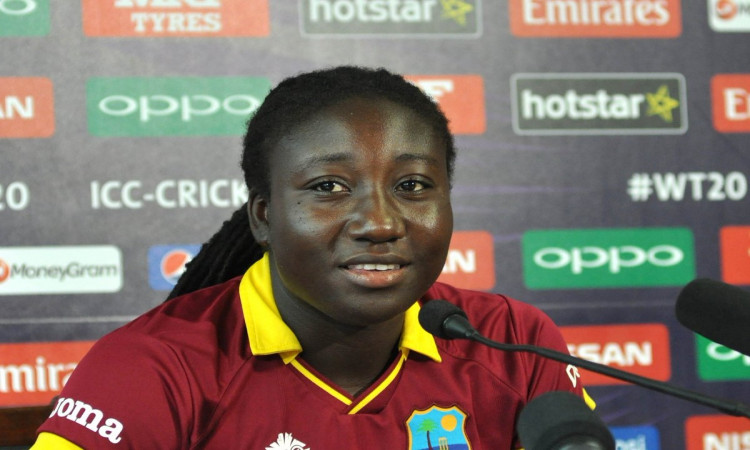 Taylor will be available for the first two and last two matches of the season, plus finals if required, with Winfield strengthening the batting line-up during Taylor's absence, according to a statement from the franchise.

Taylor, 28, joined the Sydney Thunder ahead of WBBL season 1 and played 58 games in green, including the club's title-winning final in the inaugural season.

Last summer, she was the Thunder's leading wicket-taker with 19 at an economy rate of 6.92, while also scoring 212 runs at 35.33 and becoming one of just four Thunder women to surpass 1000 career Big Bash runs.

"I'm very much excited about WBBL (this year), especially in a new environment," said Taylor, who is the leading run-scorer for West Indies in both formats of the game.

England batter Winfield has experience in the WBBL competition, having spent two seasons with Brisbane Heat and one with the Hobart Hurricanes.

She will enter this season fresh from captaining the Yorkshire Diamonds in the Kia Super League, where she opened the batting alongside Sydney Sixer Alyssa Healy, producing a strike-rate of 102.25 from 10 games.

Winfield has played three Tests, 42 ODIs and 32 T20Is for England and is also an experienced wicketkeeper.

"Adelaide has always looked like a club with a fantastic culture, both in the women's and the men's," Winfield said.

The Adelaide Strikers will begin their campaign on October 19 at Karen Rolton Oval in Adelaide.