WBBL: A Shining Day For Indian Women As They Deliver Quality Performances

In the ongoing Women Big Bash League in Australia, 8 members of the Indian Women team are representing different franchises in the League. 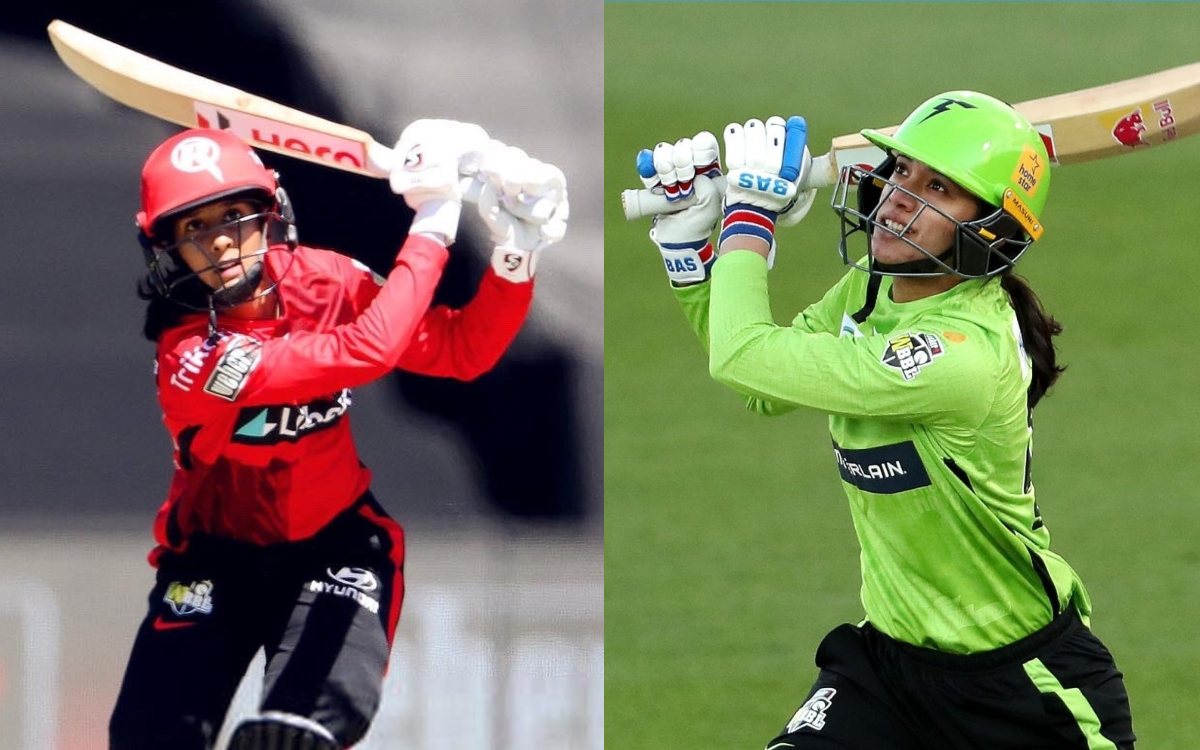 Today, the Indian women shone in the fixtures of the Women Big Bash League. In the match between Melbourne Stars & Hobart Hurricanes. Richa Ghosh played a knock of 24* off 16 balls with 4 boundaries, while chasing. She kept her nerves and took her team safely to victory.

In reply, Smriti Mandhana, who opened for Sydney Thunder, scored 64 runs off 44 balls with 4 fours & 1 six. However, Sydney Thunder failed to chase down the score as the other batters didn't contribute much. Smriti Mandhana was also dismissed by Harmanpreet Kaur, captain of the Indian Women T20 side.

Deepti Sharma, who was also playing for Sydney Thunder in this match - first recorded a figure of 4/23 in her 4 overs while bowling, and scored 23* off 10 balls with 4 boundaries as she tried to get her team over the finishing line but failed to do so. All the competition was built up and eventually decided by the Indian women in this single match.

Apart from this, Harmanpreet Kaur has been delivering crucial performances for the Melbourne Renegades, picking up wickets and scoring 20-30+ runs every match.