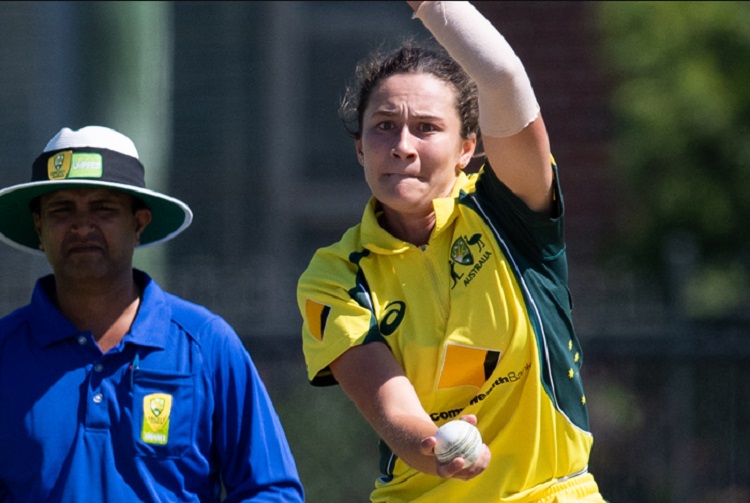 The 17-year-old had signed her first WBBL contract with Thunder in September 2019 and became the second graduate of the Thunder WBBL Academy after Hannah Darlington, who was named the Young Gun of WBBL season 5.


IPL 13: Present RCB Side Looks Most Balanced Since 2016: Captain Kohli

A swing bowler, who quite often opens the attack for the teams she plays in, Peterson has produced strong performances at underage level and in NSW Women's Premier Cricket earning her a new two-year contract.

"I loved my first season with Thunder and I'm really excited for the next two seasons ahead," Peterson said.

"Playing with the likes of Rene Farrell and obviously with Rachael Haynes as captain, I just feel like I learnt so much and really developed as a player.

"It'd be a dream come true to break into the team and get a chance to debut this season," she added.

Thunder head coach Trevor Griffin believes Peterson will form an important part of the future of the club.

"Kate's desire and commitment to improve really stood out and I know she's worked incredibly hard on her game over the winter," Griffin said.

"For somebody so young, she can execute a yorker well and she's a real competitor in the field. She's a really exciting prospect for the future.

"We've got a few changes in personnel this year and that's going to give a number of players a chance to stake their claim and I have no doubt that Kate will be pushing to make her debut for Thunder."

The announcement follows the signing of Sammy-Jo Johnson, Lauren Smith and Anika Learoyd, as well as the re-signing of South African speedster Shabnim Ismail.

Cricket Australia has confirmed the full 59-game season of the rebel WBBL 6 will be hosted in Sydney, beginning October 25.