SLW vs INDW - After winning the first ODI against Sri Lanka women's team in the 3-match series, the Indian Women's team went on to restrict the hosts to 173/10 in the first innings. Renuka Sin 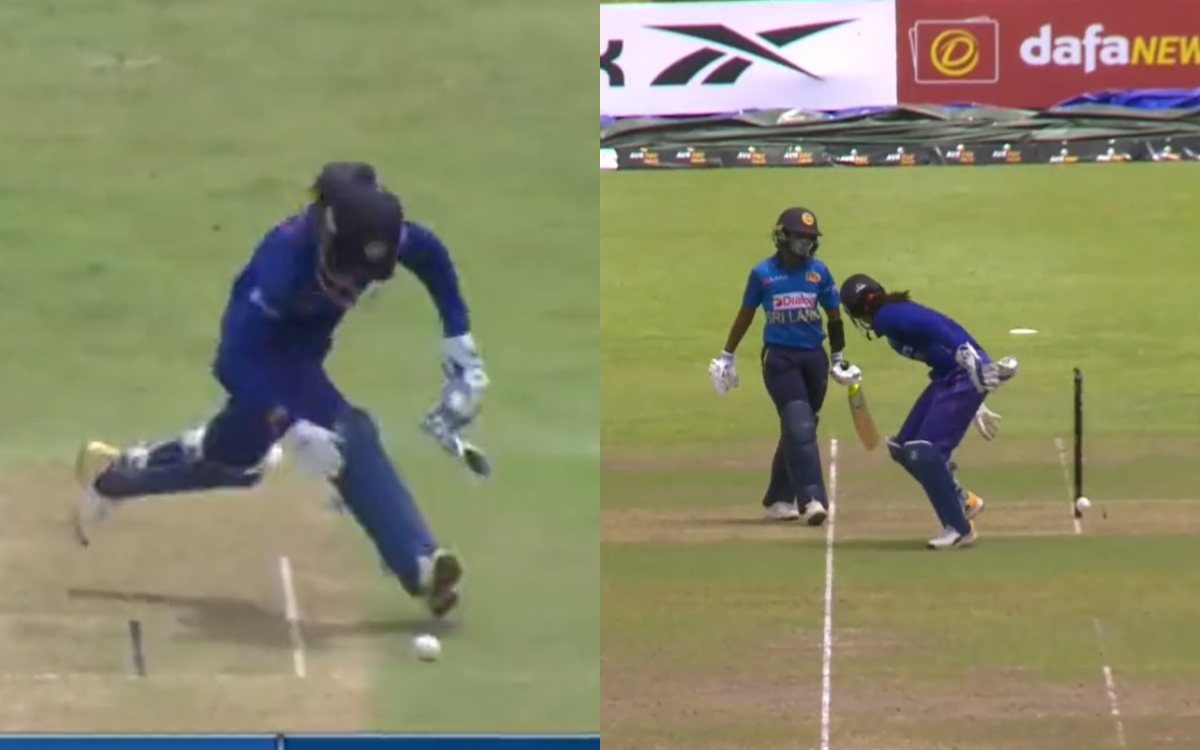 SLW vs INDW - After winning the first ODI against Sri Lanka women's team in the 3-match series, the Indian Women's team went on to restrict the hosts to 173/10 in the first innings. Renuka Singh was the star with the ball with her 4 wickets for just 28 runs in 10 overs, while Meghna Singh and Deepti Sharma contributed with 2 wickets each. Amidst this, there was a brilliant run-out enforced by wicketkeeper Yastika Bhatia which is being praised on the internet.

After Sri Lanka women were at 42/4, keeper batter Anushka Sanjeewani and Nilakshi de Silva held the crease for the hosts, as they added 28 runs in 40 deliveries for the 5th wicket. Deepti Sharma was bowling the 23rd over for the Indian team.

On the third delivery, the Indian spinner bowled a flighted full-length delivery on the middle stump line. The batter on strike, Anushka Sanjeewani blocked the ball with a face-down bat and took a step away from the crease in her followthrough.

Yastika Bhatia, with sheer alertness, collected the ball swiftly and threw it back at the stumps with an underarm throw with the back of her hands, and just caught the batter out of the crease. Deepti Sharma was ruing with her hands on her head but as soon as she turned around and saw what has happened, was delighted with the wicket keeper's work. With this, Sri Lanka women lost their 5th wicket for 70 runs in the 23rd over.

What separates good keepers from the best? Alertness! @YastikaBhatia showed sheer wit and presence of mind with this "stumping"!

Watch all the action from India Women's tour of Sri Lanka FOR FREE, LIVE on #FanCode https://t.co/66xRNVrDpw@BCCIWomen@OfficialSLC#SLvIND pic.twitter.com/B7dTLKoEfA

While talking about the match, India are at 55/0 in 10 overs. Openers Smriti Mandhana (28*) and Shafali Verma (26*) are at the crease for team India. Earlier, Indian captain Harmanpreet Kaur won the toss & opted to field first against Sri Lanka Women in the 2nd ODI. This match is being played at Pallekele International Cricket Stadium, Pallekele.

Koo App
A great recovery from Sri Lankan tail end to make it to 173 on board from the initial collapse. All credit goes to Indian Bowlers, especially Renuka Singh Thakur, who recorded her best bowling figures 4/28 with a good support from Meghna & Deepti. Let’s finish this off in style. Come one