WATCH: Virat Kohli's Yet Another 'Unlucky' Dismissal; Matty Potts Gets The Big Wicket

Virat Kohli continued his string of not scoring a century and was dismissed for 11 runs by Matthew Potts in the final test between England and India at Edgbaston, Birmingham. 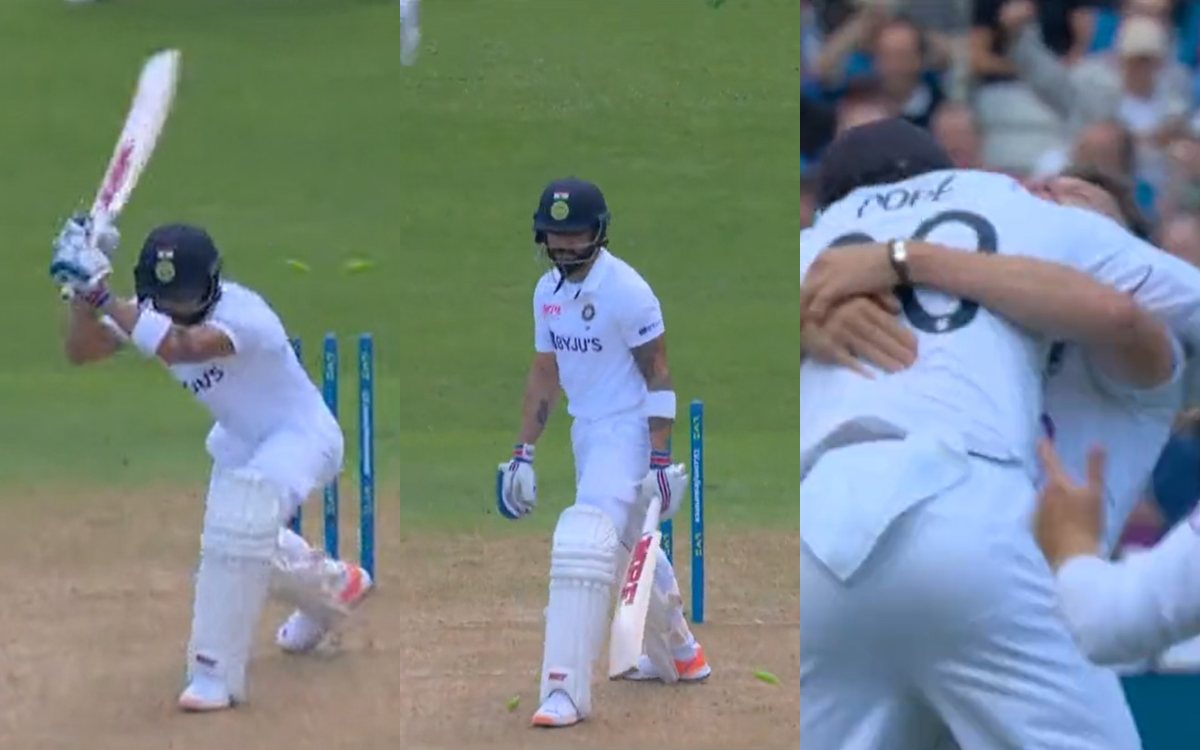 ENG v IND - While the final of the 5-match test series between England and India which started in 2021, is finally concluding as both teams are facing off against each other in the ongoing final test match at Edgbaston. However, Virat Kohli yet again failed to score big as he was dismissed for just 11 runs.

Matthew Potts gathered traction as he made his debut against New Zealand and picked up 4 wickets, going on to dismiss Kane Williamson thrice in the series. The bowler continued his lethal bowling performance as he struck against India in the first innings, grabbing the priced wicket of Virat Kohli.

After India lost both openers for 46 runs, Virat Kohli came out to bat with a responsibility on his head, to stabilize the Indian innings. On 64, India lost their third wicket in the form of Hanuma Vihari and it was up to Virat Kohli and Rishabh Pant to help team India in this test.

Matty Potts was bowling the 25th over of the innings, and the bowler bowled the second delivery on the sixth-stump line, swinging in. Indecisive Virat Kohli went forward for half a defence, following it with half a leave. The ball took Kohli's bat's inside edge and chopped on to stumps as the batter was dismissed by playing on. Virat was dismissed after scoring 11 runs in 19 deliveries with 2 fours as India lost their fourth wicket for 71 runs.

Earlier, England captain Ben Stokes won the toss & opted to bowl first against India in the 5th test match. While writing this piece, Rishabh Pant (39*) and Ravindra Jadeja (26*) are at the crease for team India in the second session with the score reading 150/5. This match is being played at Edgbaston, Birmingham.

Huge Moment In The Game!