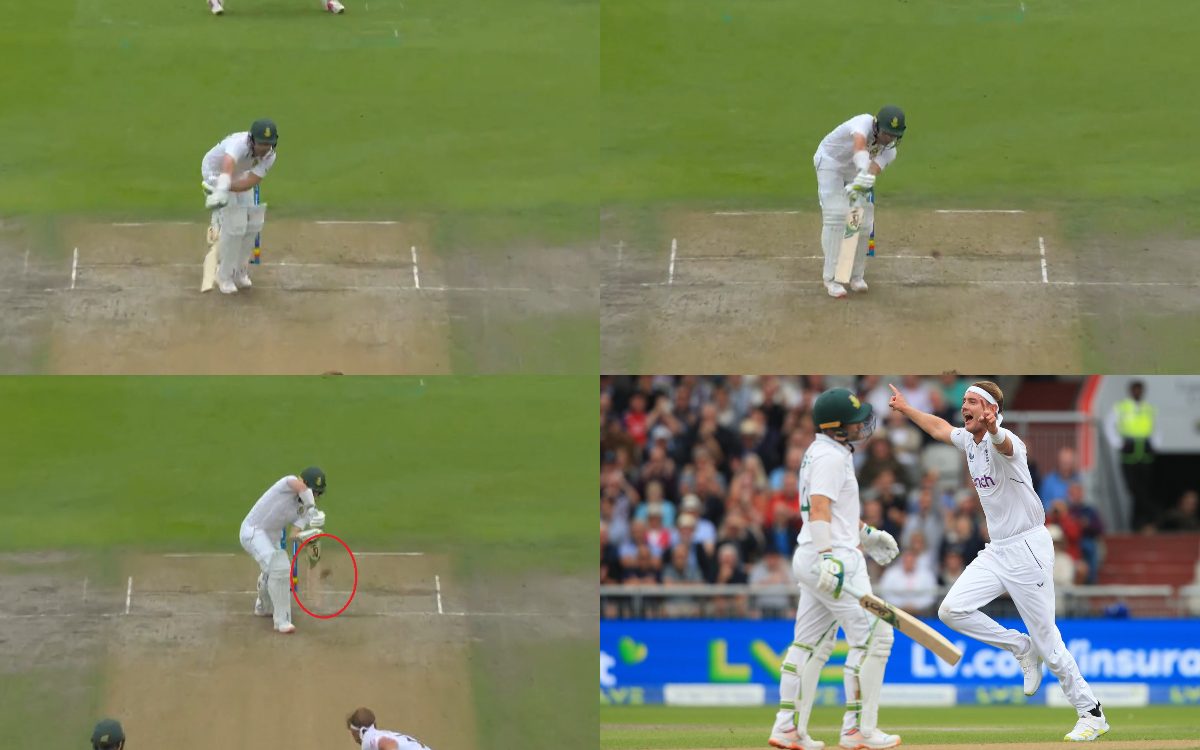 ENG vs SA 2nd test: After finally facing a defeat under the new leadership of Brendon McCullum & Ben Stokes, England finally were handed a defeat in the first test against South Africa at Lord's. However, the English players looked lethal enough as they dismissed 3 South African batters inside the first 15 overs of day 1 of the 2nd test. Amidst this, England stalwart Stuart Broad brilliantly set up Dean Elgar, dismissing him for 12 runs.

After opting to bat first, South Africa lost their first wicket in the form of Sarel Erwee (3) in the 5th over to James Anderson. It was up to the captain Dean Elgar and Keegan Petersen to help South Africa recover from the early hiccup.

However, Stuart Broad had other ideas. The English stalwart was bowling the 13th over of the innings. On the first delivery, Broad bowled a good length outside off, which was left alone by Elgar. The second delivery was pitched on a good length, slanting in. Elgar, stuck in his crease, looked to work it across the line and was hit on the pads. It seemed like the ball was going down leg and hence Broad didn't push for a review.

On the third delivery, Broad pitched it up outside off. Elgar's feet went nowhere as he pushed it to mid-off for no run. Broad bowled a good length up next that nipped in sharply as Elgar was stuck in his crease in defence. The ball again seemed to be missing leg.

However, on the 5th delivery, bowling from around the wicket, Broad bowled on a good length just outside off. The ball straightened just a touch from round the wicket as Elgar looked to drive on the up. However, the ball didn't slant in this time and Elgar managed a thick edge to Bairstow on 3rd slip. Elgar was dismissed after scoring just 12 runs with a four.

At the time of writing this piece, South Africa are at 77/5 at Lunch on day 1 with Kyle Verreynne (4*) and Simon Harmer (0*) at the crease for tourists. Stuart Broad and captain Ben Stokes registered 2 wickets each to their name while James Anderson grabbed the opening wicket. Earlier, South Africa captain Dean Elgar won the toss & opted to bat first against England in the 2nd test. This match is being played at Emirates Old Trafford, Manchester.