Sanju Samson has been impressive with his wicket-keeping skills despite not getting a chance to impress with the bat. 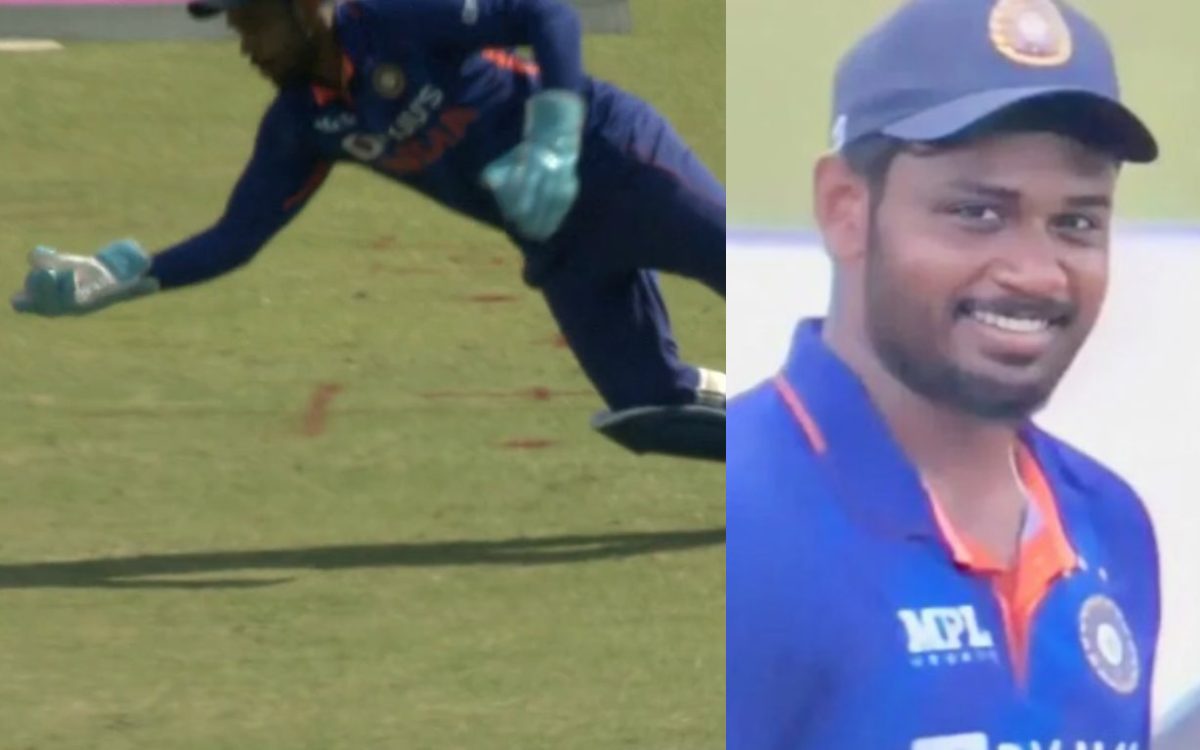 Zimbabwe learnt their lessons from the thrashing they received from team India in the 1st ODI and adapted a completely different approach in the 2nd ODI. In the first 8 overs of their innings, Zimbabwe displayed really slow and careful batting and didn't lose a single wicket. However, when Siraj came on to bowl his 5th successive over of the spell in the 9th over, India attained the opening wicket.

Siraj got Takudzwanashe Kaiton caught behind by Sanju Samson to provide team India with their first wicket in the 2nd ODI. On the fourth delivery of the 9th over, Siraj bowled a delivery channelled around off-stump which swung away late. Kaitano had to play the ball and managed just a soft outside edge. Samson, who was moving to his left, dived quickly towards his right and plucked the catch with one hand.


Sri Lanka Announce Squad For Asia Cup 2022; Dasun Shanaka To Lead The Side

A video of this catch by Sanju Samson is now getting viral on social media and the fans are appreciating the wicket-keeper batter's one-handed stunner behind the stumps. Sanju Samson has impressed with his keeping skills in this series although hasn't received a chance to perform with the bat in Zimbabwe. However, he has kept the wickets very well with only a few misses. If Sanju Samson has to strengthen his spot in the playing XI of team India, then he'd have to impress with the bat as well.

While talking about the match, after Takudzawanashe Kaitano was dismissed, the Zimbabwe batting collapsed and the batters went back to the pavilion one after the other. The hosts were ultimately bowled out for 161 in 38.1 overs. Sean Williams was the top scorer with 42 runs while Ryan Burl contributed with an unbeaten 39 runs. Shardul Thakur picked up 3 wickets. Earlier, India captain KL Rahul won the toss & opted to bowl first against Zimbabwe in the 2nd ODI. This match is being played at Harare Sports Club, Harare.