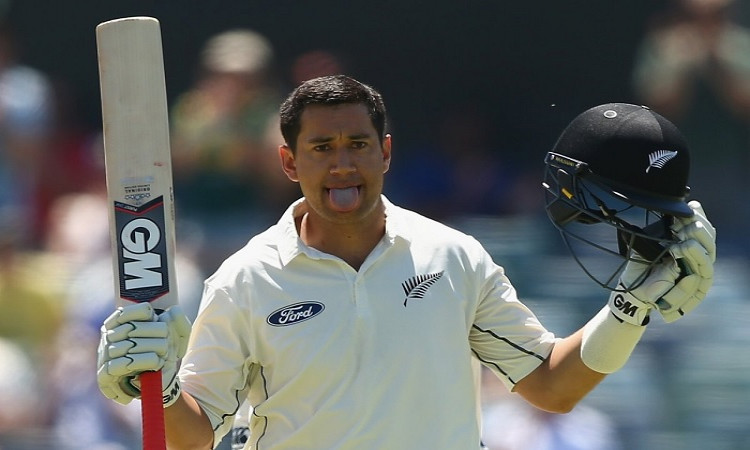 Sydney, Jan 7:  After he became New Zealand's leading Test run-scorer, an emotional Ross Taylor has credited former Kiwi skipper Martin Crowe for influencing and shaping his skills in the longest format of the game.

Taylor achieved the feat on the fourth day of the third and final Test against Australia at the Sydney Cricket Ground here on Monday. The 35-year-old has 7,174 runs from 99 Tests and 174 innings, averaging 46.28, including 19 centuries and 33 fifties.

Also Read: England opener Rory Burns to be out of action for 4 months

Speaking at the post-match press conference later on Monday, Taylor said he had always believed himself to be a white ball batsman but it was Crowe who helped him become a serious Test batsman. "My goal was to play one Test match," he said.

"I guess it's an emotional time because my mentor Martin Crowe, that was one of the goals he put down for me was to be New Zealand's highest Test run-scorer. To be honest, I didn't believe him, but I'd have loved for him to be here and help celebrate," Taylor expressed.

In February 2019, Taylor had also moved past Fleming for the most ODI runs by a New Zealand batsman, and has the most runs in all international formats for the Black Caps, passing 17,250 international runs in this innings, which includes 39 centuries and 88 half-centuries.

Recalling the old days, he said: "When I first played for New Zealand, I'd had a pretty decent one-day career and only scored three or four first-class hundreds and Twenty20 was just coming through."

"I always thought I was good enough to play one-day cricket, but Test cricket was something I was never quite sure if I was good enough. That's why I'd seek Martin's help to become a better player than the raw, gay abandon player that I was as a youngster," he added.

Taylor will achieve another milestone in his career as he would likely become the fourth New Zealand cricketer after former skipper Stephen Fleming, Daniel Vettori and Brendon McCullum to play 100 Tests when the Kiwis take on India in Wellington on February 21.