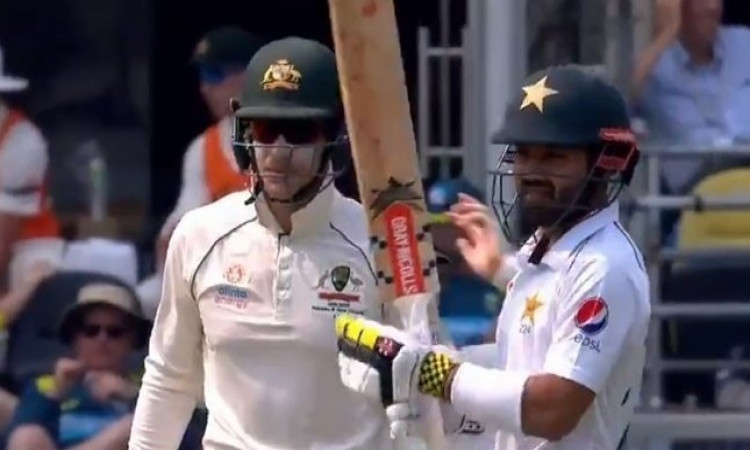 Brisbane, Nov 21:  Australia Test skipper Tim Paine on Thursday attempted to sledge Pakistan's wicket-keeper-batsman Mohammad Rizwan during the first day of first Test at the Gabba here. Paine took a cheeky dig at Rizwan's scent and the statement was caught by the stump mic.

In the 46th over of Pakistan innings when Rizwan entered the crease, Paine greeted him saying he smells very nice.

Cricket.com.au uploaded the video on social media where the post read: "He smells very nice. Tim Paine was impressed with Muhammad Rizwan's scent upon his arrival at the crease #AUSvPAK."

Australian pacers, especially Mitchell Starc, wreaked havoc on the Pakistan batsmen as they bowled out the visitors for 240 on Day 1 of the Test.

Tim Paine was impressed with Muhammad Rizwan's scent upon his arrival at the crease #AUSvPAK pic.twitter.com/DMHYDEm2Pl