Chennai, March 3:  Chennai Super Kings (CSK) have started their preparations for the upcoming season of the Indian Premier League (IPL) and that means veteran wicketkeeper MS Dhoni will be seen on the cricket pitch for the first time since the semi-final of the 2019 ICC World Cup. However, the occasion also marks the return of Suresh Raina, who commands the kind of fan following in Chennai that is arguably second only to Dhoni. 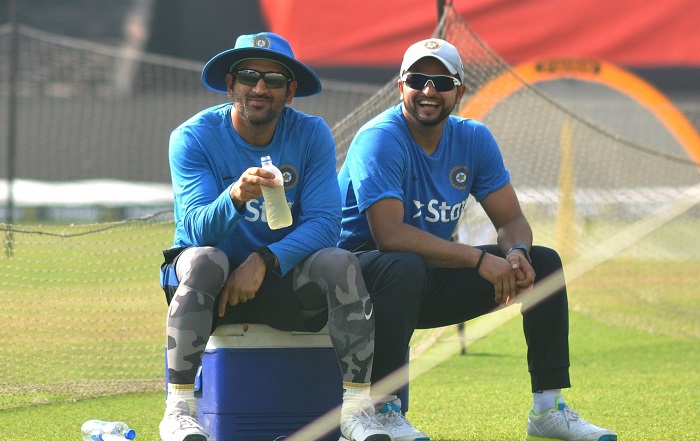 CSK tweeted a video of Raina returning to the camp and greeting Dhoni and the rest of the players. "Me3t and Gree7 - Everyday is Karthigai in our House, a film by Vikraman Sir," said the three-time IPL winners in the tweet. The post has received over 4500 retweets thus far and nearly 25,000 likes.

While Dhoni has been absent from the Indian team since August 2019, Raina's last international game was in July 2018 in an ODI match against England at Headingley.

He however remains an integral part of the CSK squad and one of the all time greats in the history of the IPL. With 5368 runs at an average of 33.34, Raina is only behind India and Royal Challengers Bangalore captain Virat Kohli in the all-time highest run scorer list of the tournament. Raina is also second in the list of most IPL fifties of all time with 38.

CSK will start their IPL 2020 campaign against defending champions Mumbai Indians on March 29 at the Wankhede Stadium in what will be a repeat of last year's final.

Me3t and Gree7 - Everyday is Karthigai in our House, a film by Vikraman Sir. #StartTheWhistles pic.twitter.com/sJz77Nnakr