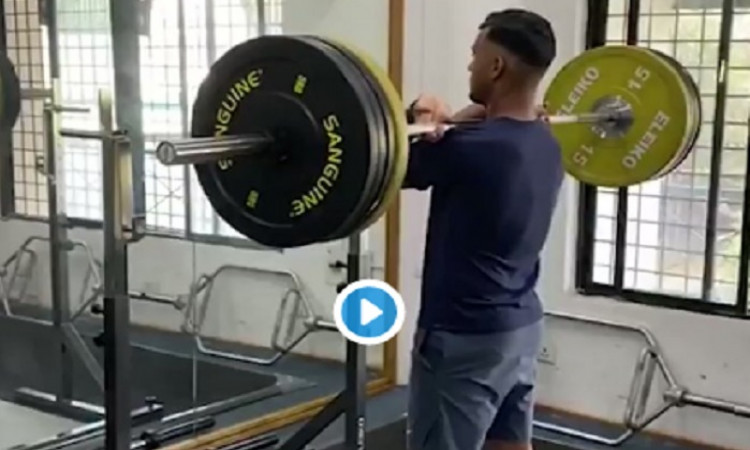 New Delhi, Jan 9:  Karnataka opener Mayank Agarwal gave some scintillating performances in the longest format of the game against South Africa and Bangladesh following which the India Test opener received a call to the ODI squad for the recent series against West Indies but he didn't get a chance in the playing XI. However, it seems Mayank is eyeing to continue his good show in Tests in the upcoming New Zealand tour.

Mayank on Wednesday shared a video on Twitter where he was seen working out at the gym to a song. The Test opener also asked his fans about their choices of songs during a gym session.

"Working out to the tune of Remember the Name by Fort Minor. What's your favourite workout song?," he captioned the short video.

The Virat Kohli-led side will play a two-match Test series against New Zealand, starting February 21 in Wellington and keeping in mind his fantastic form, Mayank is all set to find a place in the Indian squad.

Working out to the tune of Remember the Name by Fort Minor.