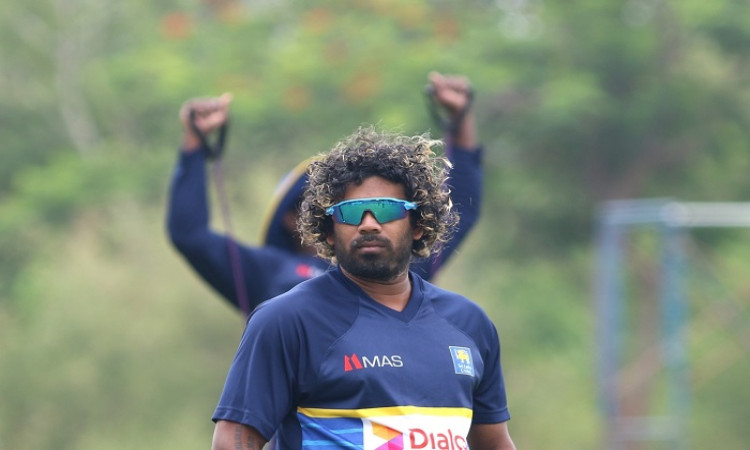 Southampton, May 28 (CRICKETNMORE):  Sri Lanka's pace veteran Lasith Malinga said he is ready to help anyone on how to bowl the slower delivery, after he was seen sharing tips with Australian all-rounder Marcus Stoinis after their warm-up tie here.

On Monday, Sri Lanka lost to the Aussies by five wickets in their final warm up game ahead of the World Cup which begins in this part of the world from May 30.

But what caught everybody's eye was Malinga sharing tips with Stoinis about how to send down a slower ball.

"Variations is very important in the short-format game. During IPL also he (Stoinis) had wanted to know how I bowl (it)," Malinga was quoted as saying by the ICC website.

"I wanted to give him tips - that's how cricket moves forward. Whoever wants to know, I will help them. I'll share tricks on how to bowl slow balls, which situation you will use it, why you want to use the slow one," the 35-year old said.

Malinga is one of the great exponents of the slower ball and has unleashed it on many occasions to snare wickets. Recently, he was seen bowling the last over of the Indian Premier League final, pulling off a remarkable one-run victory for Mumbai Indians after backing himself to bowl the slower ball as his final delivery against Chennai Super Kings.

"Skill comes first, then you have to analyse the game. That's two things a bowler needs to (do well)," he said.

Malinga further said Jasprit Bumrah and Kagiso Rabada are currently the best among the fast bowlers.

"Cricket is a batsman's game," he said, adding "but bowlers can change the game".

Even after a heavy defeat, Lasith Malinga stuck around to teach Marcus Stoinis the secrets of his slower ball #SpiritOfCricket #CWC19 pic.twitter.com/xKtr1sJBfP