Jos Buttler smacked an unbeaten 86 runs off just 64 balls as England chased down the target in just 30.1 overs against Netherlands in the 3rd ODI. 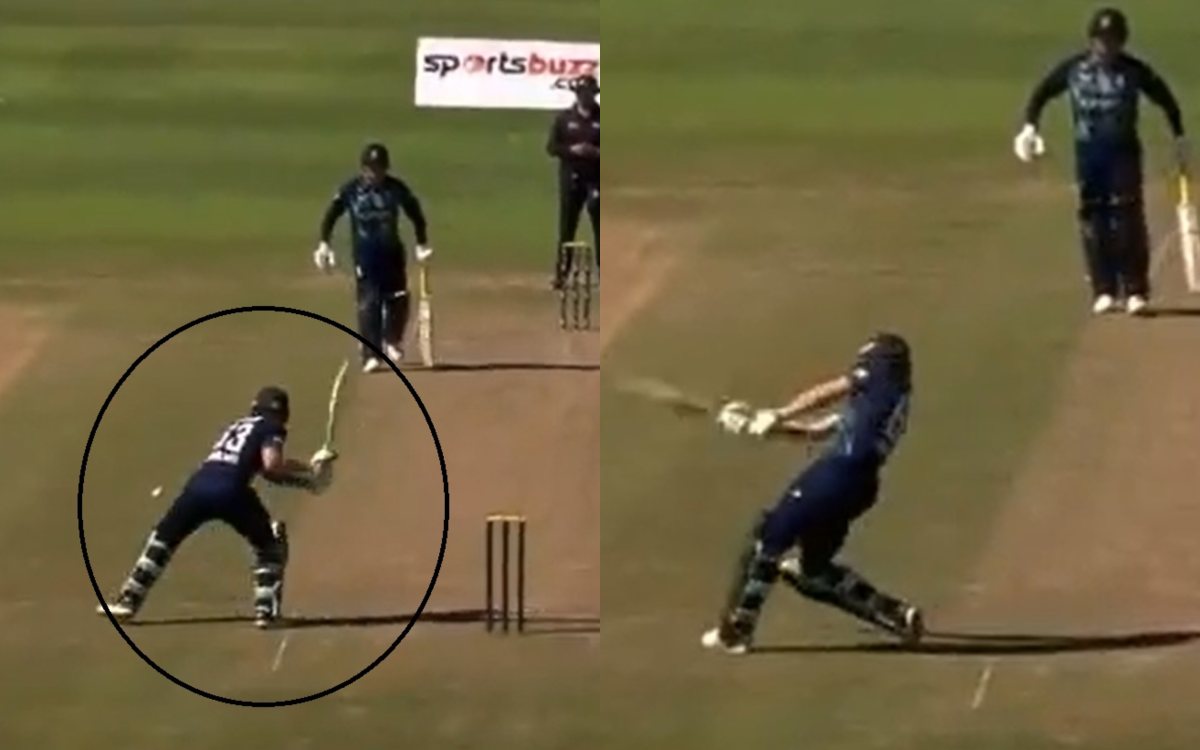 England completed a 3-0 clean sweep against Netherlands in the 3-match ODI series, defeating the hosts by 8 wickets in the 3rd ODI. The English lions demonstrated absolute dominance with the bat in all three matches. Stand-in England captain Jos Buttler showed no mercy in the third ODI as he smacked a huge six off a double-bounce delivery during the third ODI in Amstelveen.

In the 29th over of the English innings, Jos Buttler was facing off against Dutch bowler Paul van Meekeren. The bowler failed to deliver the ball perfectly as it slipped from his hand. The ball took two bounces, the second bounce had landed outside the pitch on Buttler's leg side.

The English batter was in an explosive mood and ran after the ball, whacking it in the leg side and clearing the boundary. Buttler smashed two more sixes in the same over.

While talking about the match, Netherlands posted 244/10 in 49.2 overs after being put in to bat first. Dutch batters - Max O'Dowd (50), Bas de Leede (56) and Edwards (64) contributed with fifties. David Willey picked up 4 wickets for England while Brydon Carse picked up 2 wickets. David Payne, Liam Livingstone & Adil Rashid managed 1 wicket each.

In reply, England were powered to an 8-wicket win, chasing down the total in just 30.1 overs. Jason Roy smacked 101 runs in 86 balls while Jos Buttler smacked 86 runs off just 64 balls with 7 fours & 5 sixes. For Netherlands, Paul van Meekeren was the sole wicket-taker, picking up both English wickets.