WATCH: Jasprit Bumrah's Impressive Captaincy Debut With The Bat; Takes On Broad For Most Expensive Over In History

Yuvraj Singh smacked Stuart Broad for 36 runs in an over in 2007 World T20, and Jasprit Bumrah has now smacked the same bowler for 35 runs in final test. 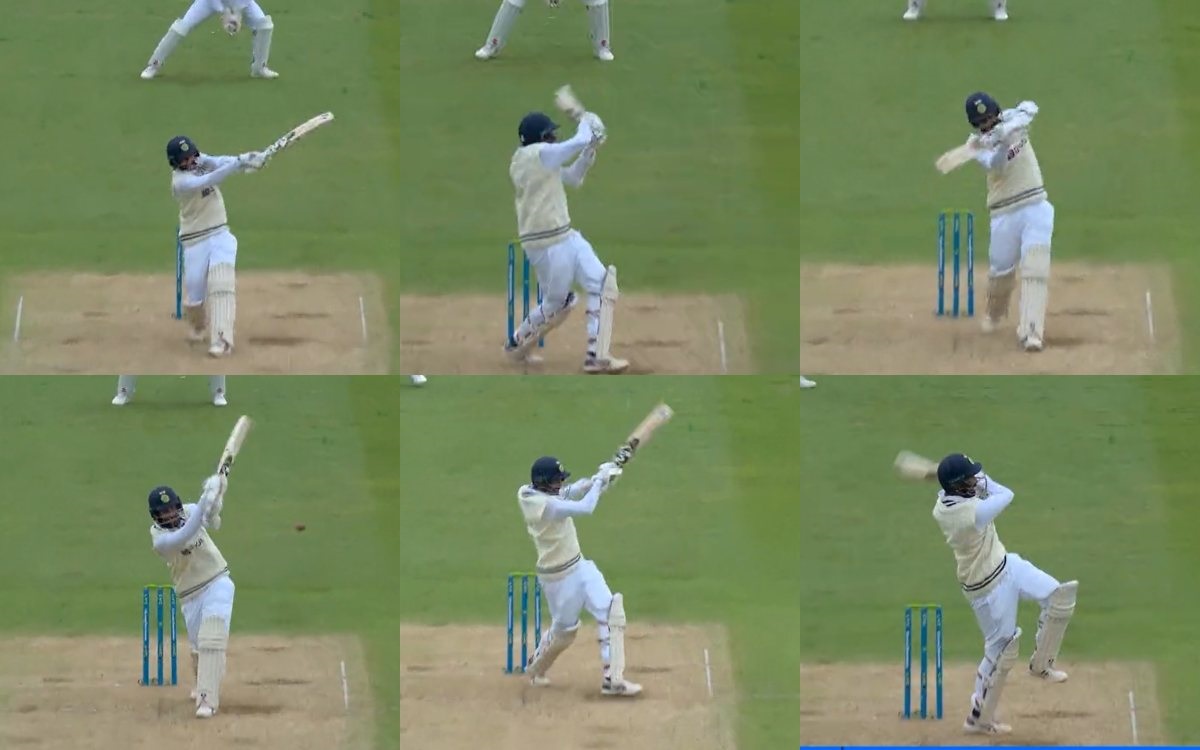 ENG vs IND - After being down to 98/5 in the first innings, the Indian inning was taken forward in style as Rishabh Pant & Ravindra Jadeja led the Indian comeback with centuries. However, what attracted the attention on day 2 was captain Jasprit Bumrah's knock with the bat. On his captaincy debut, the bowler smacked Stuart Broad for 4 fours & 2 sixes in a single over.

After Jadeja was dismissed in the 83rd over by Anderson, Jasprit Bumrah came on to bat at #10. In the very next over, Bumrah decided that he'll swing the bat and add as many runs as he can for the last wicket. On the first delivery, Bumrah took on the short ball and top-edged it. Crawley ran to his left and slid but the ball escaped through his hands for a four.

The second delivery was a front foot no-ball, Broad bowled another short ball. Bumrah took it on and the ball took a top edge as the ball flew right over the keeper and the pace on the ball took it all the way for a six.

The next delivery was a juicy full toss by Stuart Broad which was swung over mid-on for a four, missing the six by not much. The third delivery was a good length ball around off, and Bumrah slogged across the line and the inside edge escaped past the stumps, racing to fine leg fence for another four.

Broad bowled the next delivery on the short length yet again, and Bumrah pulled in front of square and loses his balance while sending the ball to the mid-wicket fence for a four. The next delivery was a six as Bumrah got inside the line and helped it along the way to long leg for a flat and clean six. The last ball was a yorker which Bumrah pushed for a tight single on the last delivery, completing 35 runs off the over, which is the most expensive over in test cricket history.

BOOM BOOM BUMRAH IS ON FIRE WITH THE BAT

While talking about the match, India were powered to 416 runs in the first innings. At the time of writing this piece, England are at 16/1 in their first innings with Zak Crawley (7*) and Ollie Pope (0*) at the crease for the hosts. Jasprit Bumrah bowled opener Alex Lees (6) in the 3rd over to provide the opening wicket. Earlier, England captain Ben Stokes won the toss & opted to bowl first against India in the final test. This match is being played at Edgbaston, Birmingham.