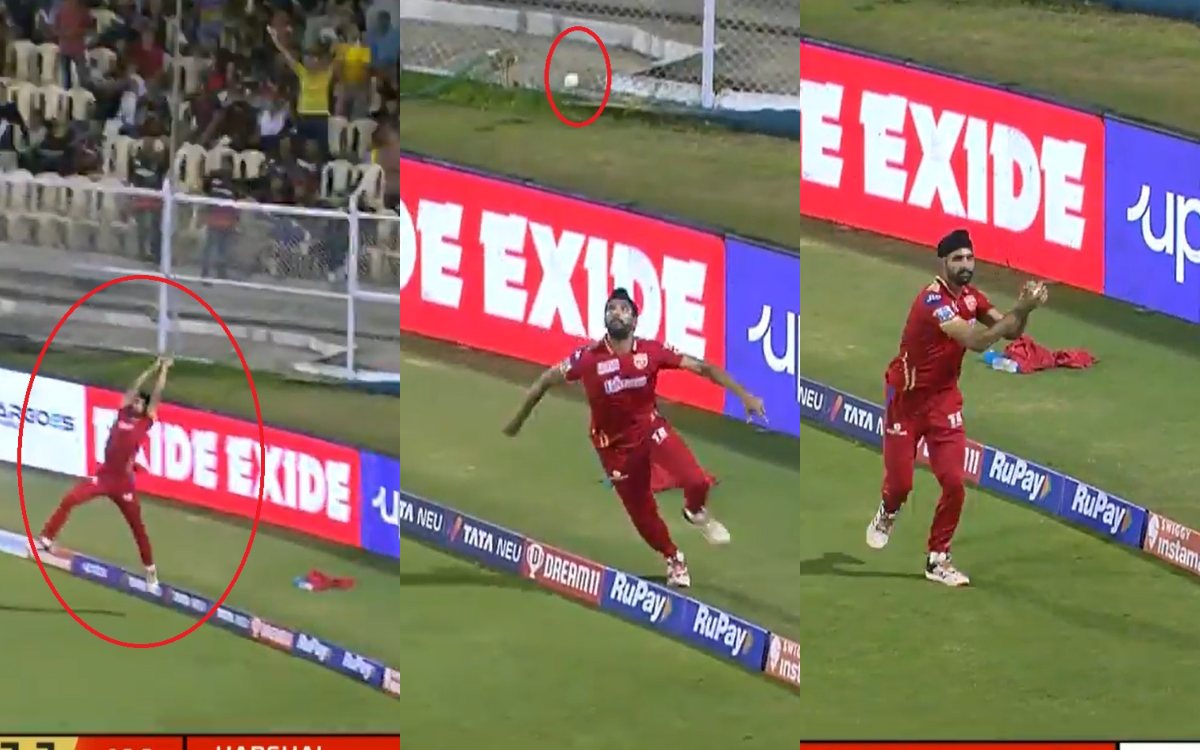 RCB vs PBKS IPL 2022: Punjab Kings completed their double over Royal Challengers Bangalore as they defeated them by 54 runs at Brabourne Stadium. As RCB suffered a batting collapse, all five Punjab Kings managed to register wickets. Amidst this, Harpreet Brar took an excellent catch to dismiss Wanindu Hasaranga.

After RCB were already 8 wickets down on a score of 137 in the 17th over while chasing a target of 210, hopes were all but lost for Bangalore. Wanindu Hasaranga was on strike as Rahul Chahar came on to bowl the 17th over.

On the fourth delivery, the Sri Lankan all-rounder played a slog sweep shot which appeared to be going over Harpreet Brar at the mid-wicket boundary. However, the bowler hopped back and took it overhead while his arms fully stretched, and manage to land barely inside the cushion. 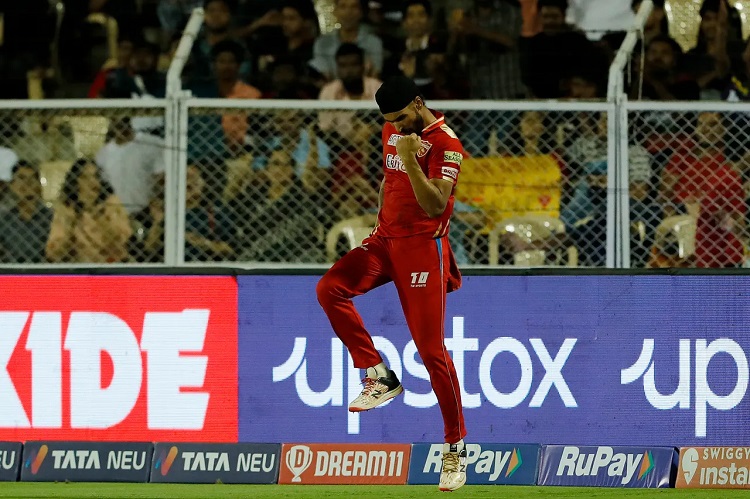 Even though his momentum took him over the boundary, he had the presence of mind to throw it up before it happened, and came back inside to complete the catch. Hasaranga was dismissed after scoring just 1 run in 3 deliveries. Harpreet Brar was brought into this match in place of Sandeep Sharma in this match.

Earlier, Royal Challengers Bangalore captain Faf du Plessis won the toss & opted to field first against Punjab Kings in the 60th match of IPL. With explosive fifties from Englishmen Bairstow (66) and Livingstone (70), PBKS posted a total of 209/9 in 20 overs. For RCB, Harshal Patel picked up 4 wickets. In reply, RCB were restricted to a total of 155/9 in 20 overs, with Kagiso Rabda picking up 3 wickets, Rishi Dhawan & Rahul Chahar 2 each and Harpreet Brar & Arshdeep Singh 1 wicket each to win the match by 54 runs. This match was played at Wankhede Stadium, Mumbai.