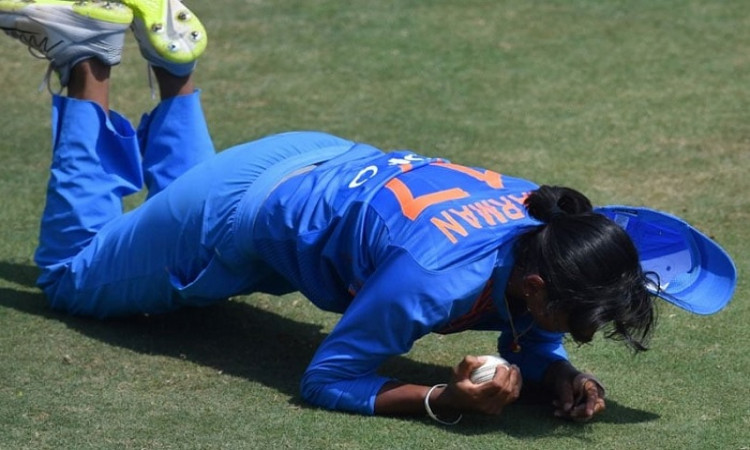 Antigua, Nov 2: The Indian eves may have lost their first ODI against the West Indies by a run, but star batswoman Harmanpreet Kaur, who is among the finest fielders in the women's game, won everyone's heart after coming up with a stunning catch in the contest.

When it seemed the ball would easily sail over the ropes for a six, which would have also resulted in a hundred for Taylor, Harmanpreet plucked the ball out of thin air with a brilliant jump timed to perfection.

Electing to bat, West Indies put up a fighting total of 225/7, thanks to skipper Taylor's 94 and Natasa McLean, who chipped in with 51. India were then bowled out for 224 off the final ball of the game, falling short by a run.

Despite a brilliant half century from Priya Punia (75), the Indian women failed to chase down 225.

Meanwhile, ace India opener Smriti Mandhana, who has successfully recovered from a toe injury she suffered during the home series against South Africa will join the team on November 3.

Both the teams will now face-off in the second ODI on Sunday.