WATCH: Eoin Morgan Marks His Return To Cricket With A Smashing Knock In The Hundred

Eoin Morgan last played a cricket match in June, after which he retired from international cricket. 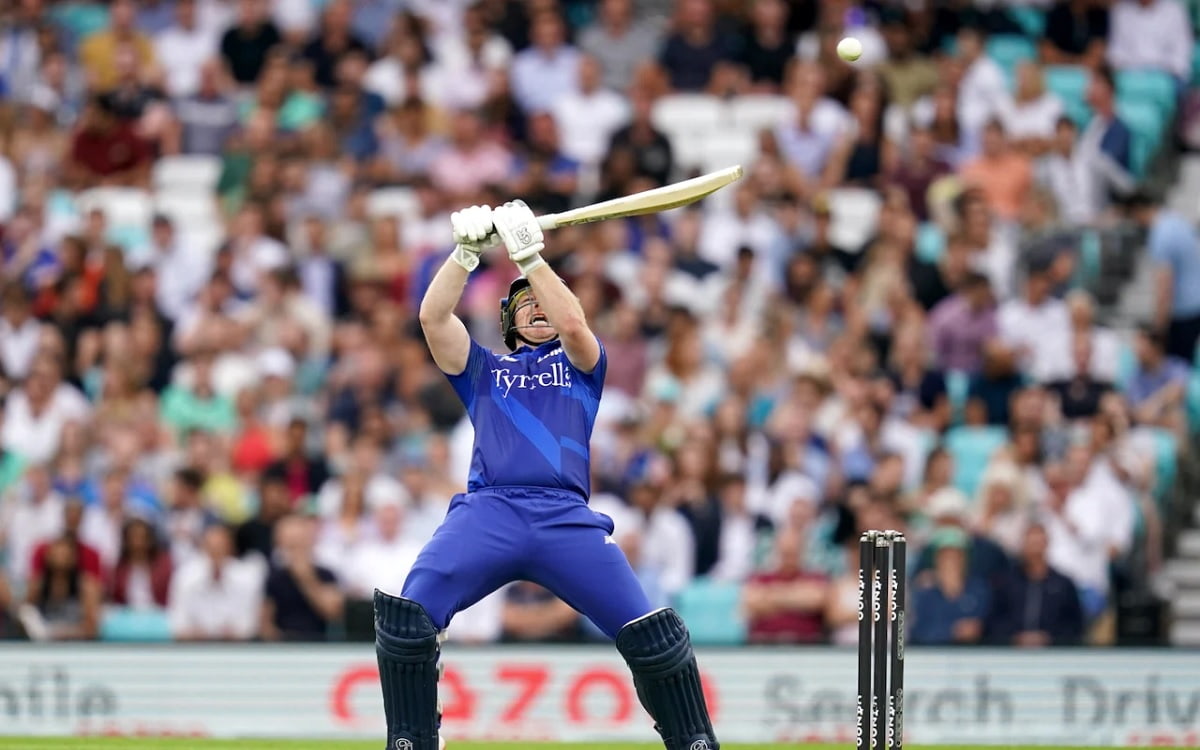 English cricket underwent significant changes earlier in the year, which saw England's only World Cup winning-captain Eoin Morgan retiring from cricket at 35 years of age. The batter was also seen working as a broadcaster for Sky Sports in the recent India tour of England. However, the Irish-born batter returned to cricket while leading London Spirit, and played a match-winning knock to take his team to a win against Oval Invincibles.

After being put in to bat first, London Spirt lost their first wicket in the form of Adam Rossington (14) after 15 balls for 32 runs. 30 balls later, Spirit lost Zak Crawley (21) on the 31st delivery and Glenn Maxwell (18) on the 36th delivery. London was at 55/3 after 36 balls, and it was upto Eoin Morgan to pace up the innings and help his team to a good score.

The veteran skipper did just that as he smashed 47 runs off 29 balls, including 5 fours & 3 sixes. Morgan remained the highest scorer for his team as London Spirit reached 171/6 in 100 deliveries.

This knock by Eoin Morgan proved vital for the team as Oval Invincibles managed 168/7 in 100 balls and lost the match by a meagre difference of 3 runs. For Oval, Hilton Cartwright was the top scorer with 42 runs off 23 balls while Danny Briggs smashed an unbeaten 29 off 11 at the end, but the shortage of deliveries left Oval Invincibles with a defeat in their first match of the Hundred this season.

Earlier, Oval Invincibles captain Sam Billings won the toss & opted to bowl first against London Spirit in the 2nd match of The Hundred Mens Competition 2022. This match was played at Kennington Oval, London.

Great fun last night. What a game to play in https://t.co/mOhrPzyULO