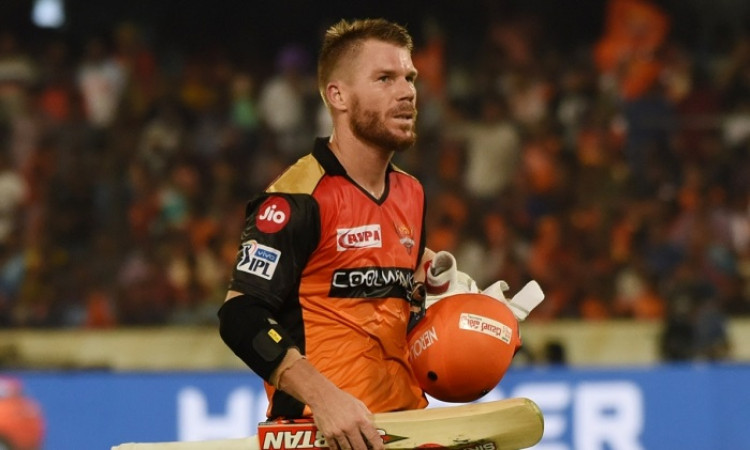 Warner has been very active on social media during the enforced break put forward by coronavirus pandemic and on Sunday, he uploaded another video to tickle the funny bones of his followers.

In the short clip, the trio is seen having a blast to the popular pop song 'what is love'. Bhuvneshwar and Williamson are sitting in the front row with Warner taking the backseat but enjoying the most.

His post read: "This just made me laugh. Behind the scenes of a shoot last year with these two. Gee we all have rhythm."

In normal circumstances, the trio would currently be action in the 13th edition of the Indian Premier League but due to the outbreak of the virus the cash-rich league was postponed by the BCCI.

The idea of holding matches without spectators has been mooted in the current scenario, but Warner had earlier rejected the idea of playing cricket without fans in the stands.

"You want crowds no matter where you go and where you play. I love playing in England, it's awesome," Warner was quoted as saying by cricket.com.au.

"You've always got someone they always try and rev up, and fortunately for the team it's pretty much just me, and that takes a lot of the heat off the other guys.

"We're there to put bums on seats and hopefully we can entertain the crowd by playing a good brand of cricket," he added.

This just made me laugh