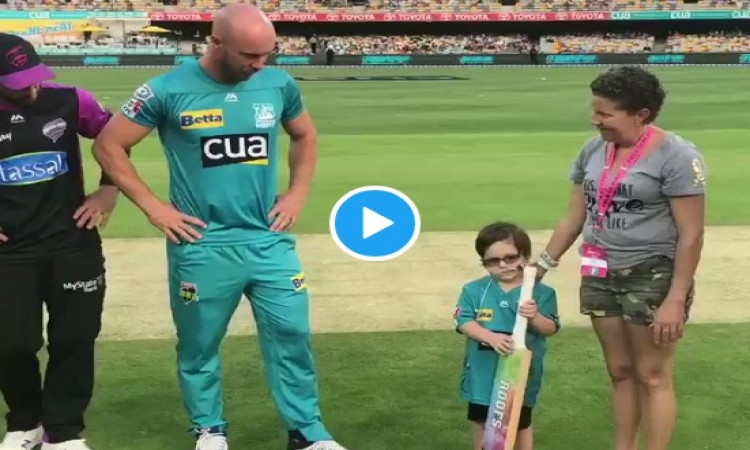 Brisbane, Jan 9:  A five-year-old child suffering from brain cancer on Thursday had a dream come true as he assisted in the 'bat flip' during the ongoing Big Bash League (BBL) contest between Brisbane Heat and Hobart Hurricanes. The kid, named Slater Walker, is a die-hard fan of the Brisbane-based franchise, who had called him to the ground as a guest of honour.

"Assisting with the bat flip tonight is 5-year-old Slater Walker. Unfortunately, Slater is suffering from brain cancer, but is a massive @HeatBBL fan and is the guest of honour at the Gabba tonight. Enjoy the match, Slater," BBL tweeted.

In the BBL, normal coin toss, which is widely used in cricket matches across the globe, has been replaced by the bat flip where the away team captain calls 'hills' or 'roofs' to take their call in the match. The only condition is that the bat must complete one full rotation before landing.

It was first tried during the 2018 edition of the BBL and it has been followed since then.

In the ongoing match, the Hurricanes had won the toss and opted to bat against the hosts.