WATCH: Charlie Dean Fakes A Run Out At Non-Striker's End Within 24 Hours Of Her Dismissal Against India 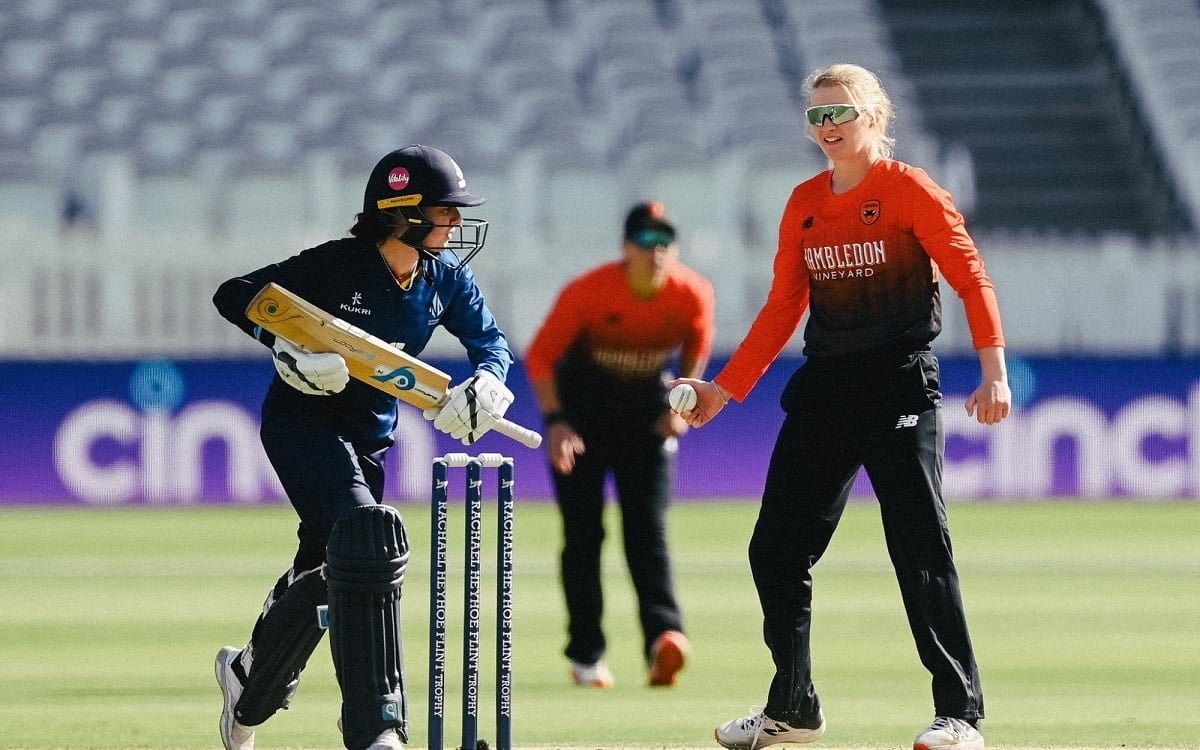 Following her run-out from the non-striker's end inflicted by off-spin all-rounder, Deepti Sharma resulting in a dramatic finish to the third ODI between England and India at Lord's, England all-rounder Charlie Dean tried to fake a dismissal on Northern Diamonds' Linsey Smith during the Rachael Heyhoe Flint Trophy final at the iconic venue.

In Saturday's match, which was also legendary pacer Jhulan Goswami's final game in international cricket, England were looking to get an unbelievable win over India, thanks to Charlie's batting efforts and her stand of 35 with Freya Davies for the final wicket.

On the fourth ball of the 44th over, Deepti saw Charlie venturing out of the crease at the non-striker's end while in her delivery stride and knocked the bails off, giving India a 16-run win and 3-0 ODI series sweep over England.

Charlie was left in tears after the dismissal ended her gritty knock at 47 and was comforted by Freya, which left the cricketing world divided over the legal dismissal, with the majority of England cricketers calling it against the spirit of the game.

Just a day later after the match ended, Charlie was back in action at Lord's, representing Southern Vipers against Northern Diamonds in the Rachael Heyhoe Flint Trophy final, the 50-over domestic competition in England.

The moment earned cheers and applause from those in attendance at the iconic venue, including from the batters at the crease.

A clip of the moment was tweeted out by commentator Charles Dagnall, who wrote, "Charlie Dean today. Brought a smile to the face this did." He England teammates were quick to praise her, with Freya tweeting, "Well played Deano".

Earlier, the Marylebone Cricket Club (MCC), in a statement over the uproar caused by the run-out, reminded batters to remain in their crease till the time the ball leaves the bowler's hand.

"MCC's message to non-strikers continues to be to remain in their ground until they have seen the ball leaves the bowler's hand. Then dismissals, such as the one seen yesterday, cannot happen. Whilst yesterday was an unusual end to an exciting match, it was properly officiated and should not be considered anything more."