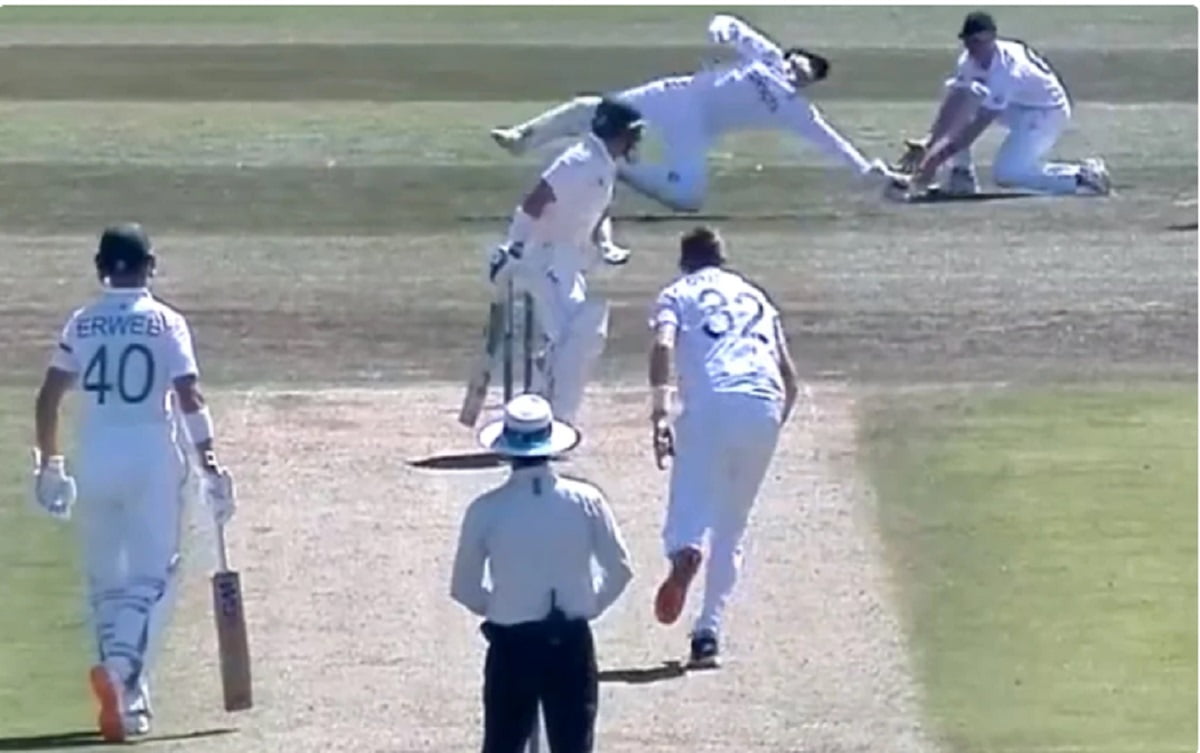 England Lions vs South Africa: South Africa are currently on an ongoing tour to England. Currently, the South African team is playing a four-day practice match against England Lions. A video from the said match has emerged on social media and is now getting viral. In this video, England Lions captain Sam Billings can be seen grabbing an excellent catch to dismiss South African captain Dean Elgar.

Let's dive into what happened. England Lions pacer Craig Overton delivered a back-of-length delivery, to which left-handed batter Dean Elgar tried to play a shot on the front foot. However, the ball took the bat's edge and went in between wicket-keeper Sam Billings and the first slip. As the ball was about to touch the ground, a sort-of miracle happened.

Sam Billings swiftly dived towards his left and grabbed an incredible catch. Sam Billings was in the same pose he was for a while after completing the catch. The video of this catch was posted by England Cricket on their official Twitter channel with the caption, 'What a grab @sambillings'.

While talking about the match, the South African captain Dean Elgar was dismissed after scoring 39 runs. For England Lions, Craig Overton was impactful and grabbed 4 wickets to help his team make a comeback in the match. At the end of day 1's play, South Africa are at 282/6. Khaya Zondo (86*) and Kyle Berreymme (7*) are at the crease for South Africa. Earlier, Rassie van der Dussen scored 75 runs while opener Sarel Erwee scored 42 runs. This match is being played at Canterbury.