West Indies all-rounder Andre Russell was on Friday taken to a hospital here in an ambulance after he was struck on the helmet by a bouncer in a Pakistan Super League (PSL) match. 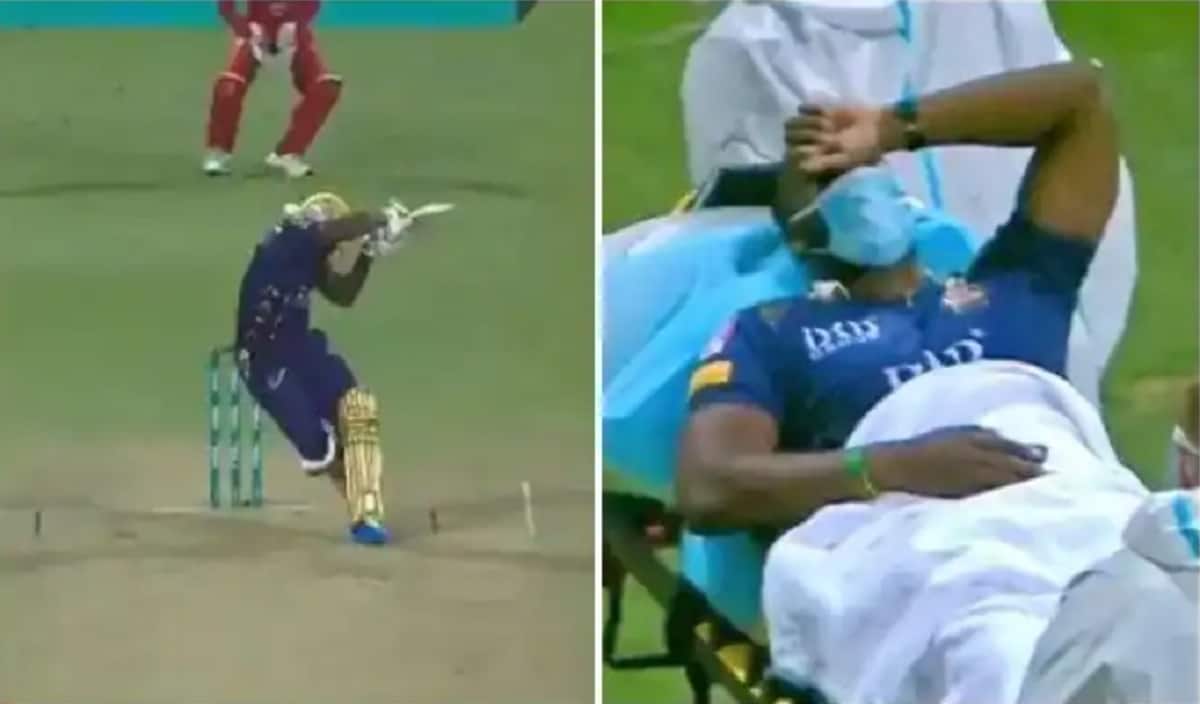 Russell -- who was replaced by fast bowler Naseem Shah under the concussion-sub rule -- had smashed two sixes off Muhammad Musa in the 14th over while representing Quetta Gladiators against Islamabad United.

He went for a pull-shot but misjudged the bounce as the ball hit him on his helmet.

Though the West Indian decided to continue batting after being examined by a physio, he was out the very next ball, caught at third man.

Russell was seen being stretchered out of the dressing room to an ambulance during the first over of the second innings.

Chasing a target of 133 all out in 20 overs set by Quetta Gladiators, United's openers Usman Khawaja and Colin Munro smashed unbeaten 40 and 90 runs, respectively. United won the match by 10 wickets in 10 overs.