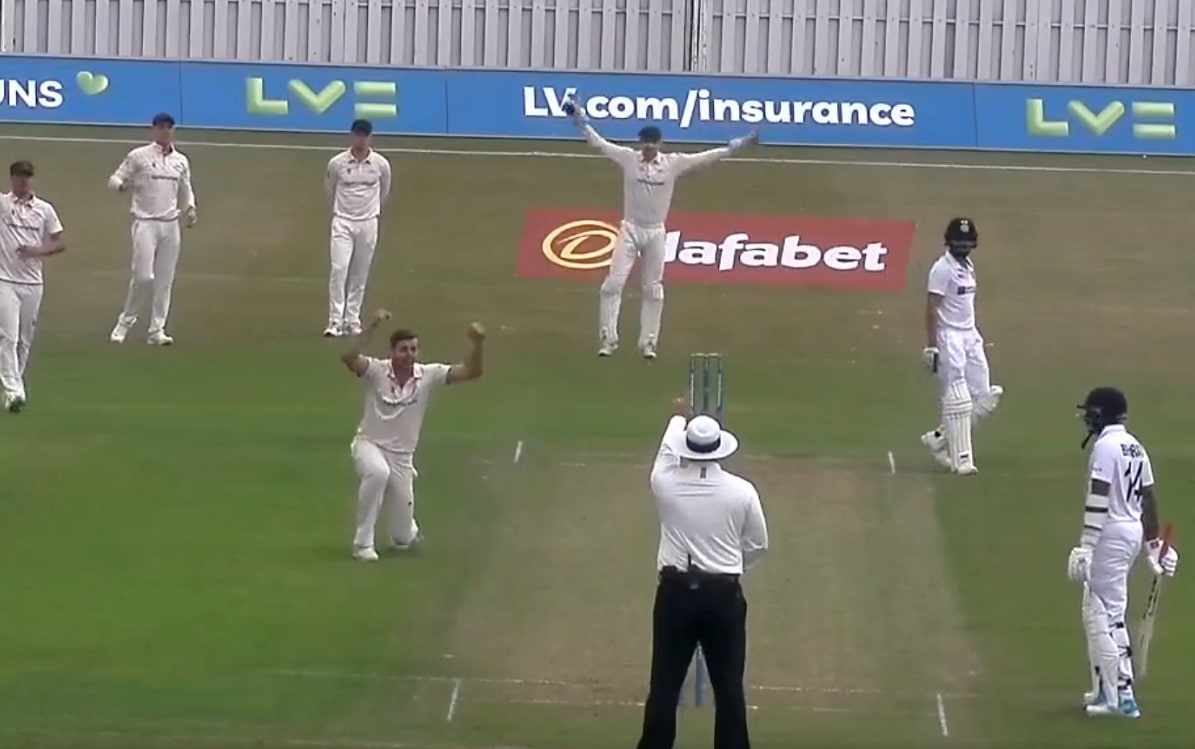 India is set to play the final test match against England on July 1st, with the series hanging in the favour of the visitors 2-1. However, the English team looks revamped after the arrival of Brendon McCullum as a coach and it will be a task for team India to win against England in the test match.

Ahead of the all-important test, India is facing off against Leicestershire in the only warm-up match. After opting to bat first, team India got into deep trouble as they lost wickets cheaply and consistently, especially the top order.

The main reason for this collapse can most surely be pinned on 21-year-old right-arm medium-fast bowler Roman Walker. The bowler dismissed captain Rohit Sharma at a team total of 50 (15.2 overs) after Shubman Gill was dismissed by Will Davis in the 10th over.

Rohit pulls a short ball from @RomanWalker17 up into the sky, @AbiSakande is under the catch. @imVkohli walks to the middle. Watch him bat.

The bowler continued his good run as he dismissed Indian #3 batter Hanuma Vihari as the team score read 54.3 after 17.1 overs. Prasidh Krishna, who is playing for Leicestershire in this match, picked up Shreyas Iyer's wicket as the right-handed batter went for a duck.

A second for @RomanWalker17. A flashing drive from Vihari flies straight to @SAMUELDBATES8 at first slip.

Ravindra Jadeja, batting at #6, was also dismissed by Roman Walker, in the form of LBW. After this, the bowler went on to dismiss Virat Kohli (33, breaking a 57-run stand between the former captain and KS Bharat. However, Virat's dismissal was unclear and it is doubtful as to whether the batter was actually out.

3⃣ in the morning for @RomanWalker17. He pins Jadeja in front for 13.
@imVkohli is unbeaten on 8. Bharat joins him.
Watch them bat.