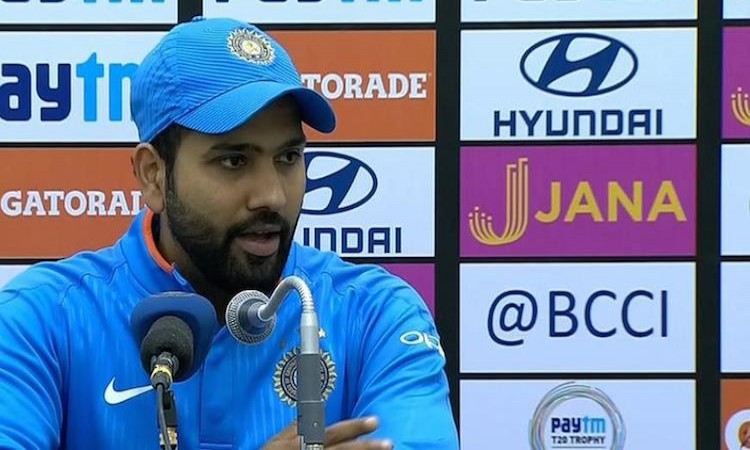 Colombo, March 14 - India skipper Rohit Sharma heaped praises on teenaged off-spinner Washington Sundar for starring with the ball during the 17-run win over Bangladesh at the R.Premadasa Stadium here on Wednesday.

The off-spinner returned 3/22 to break the backbone of the Bangladeshi line-up helping India defend 176/3 and qualify for the final of the Nidahas T20 tri-series, also involving Sri Lanka.

"Washington's spell up front was magical. It's not easy for a spinner to bowl with the new ball, so hats off to him," Rohit, who was adjudged the man-of-the-match for his blistering 61-ball 89, said at the post-match presentation ceremony.

"Washington has been courageous to take the ball from me, not afraid to flight the ball, and he's very clear on what he wants to execute. That allows me to breathe easy.

"When a bowler knows what field to set, that talks a lot about that individual. He bowled well against Sri Lanka as well. The rest of the bowlers executed their plans perfectly too at the back end," he added.

Commenting on his own innings, which was long due, considering his slump in Sri Lanka, Rohit said: "The pitch wasn't the usual wicket, and the ball was gripping. It wasn't easy to hit on the up as well, so I decided to take some time getting set."

"I knew the new batsmen would find it tough. (Suresh) Raina's been in terrific form too, so hope he does well in the final too," he added.