Was terrified to bowl to Laxman, Dravid in Duleep Trophy: Umesh Yadav

New Delhi, June 7:  Indian fast-bowler Umesh Yadav recalled the moment he came up against stalwarts V.V.S Laxman and Rahul Dravid during a domestic cricket contest in his early days. 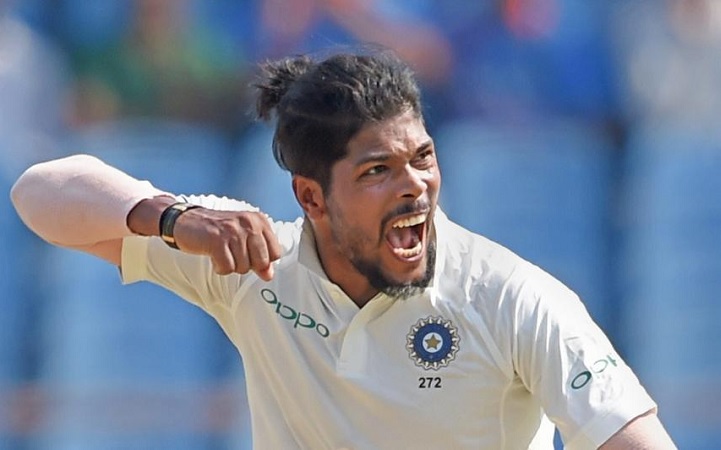 Laxman and Dravid are regarded as two of the finest batsmen to grace the game and Umesh referred to it as a terrifying moment for him personally when he came to know he had to bowl to them.


Me & umpire got death threats after Sachin dismissal, says Bresnan

"When I went to play the Duleep Trophy match and got to know the team I would be playing against and I would be bowling against the likes of (Rahul) Dravid and (VVS) Laxman... I was terrified," Umesh said on Cricbuzz's Youtube chat show Spicy Pitch.

Umesh, however, passed the test with flying colours and also ended up picking the prized wickets of both the batsmen. Umesh stated that playing and eventually dismissing the two greats of the game filled him with lot of confidence.

"I had never imagined that I would bowl such a fine spell under such a pressure situation. I took a 5-wicket haul for South Zone and got the big wickets of Dravid and Laxman. That gave me immense confidence," Umesh said.

"People say that their situation is tough, or they've seen such a hard life and struggled their way here. I say everyone has a hard life, no one has it easy. The main thing is to have faith and if you believe in yourself you'll find success and the space you need in your life, there's nothing else to it," he added.

Umesh has so far featured in 73 ODIs and picked up 106 wickets while he has scalped nine wickets in seven T20Is. Umesh has also played 46 matches and scalped 144 wickets for Team India in the longest format.