Was just watching him speak: Ishan Kishan on 1st meeting with Tendulkar

New Delhi, May 9:  Wicketkeeper-batsman Ishan Kishan spoke about the first time he interacted with batting legend Sachin Tendulkar. Kishan had joined Mumbai Indians in 2018 from Gujarat Lions. He said that he met Tendulkar -- who captained the side in its early years in the Indian Premier League and has since stayed a part of the set-up after his retirement in 2013 -- during a practice session. 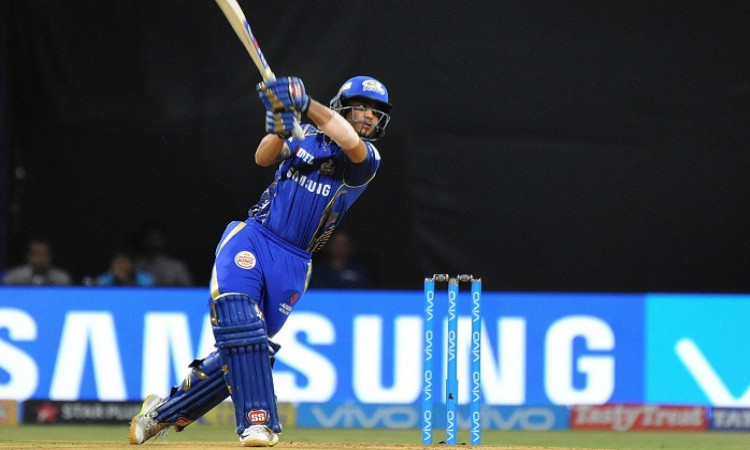 "I still remember the time when I first met Sachin paaji (Tendulkar)," Kishan told Cricbuzz. "He had come to see our practise session at Mumbai Indians. It was just after I got signed. I had been chatting with Rohit bhai (Mumbai Indians captain Rohit Sharma) and told him about how I worshipped Sachin paaji all these years and now, suddenly he is in front of me."

Kishan said Rohit told him to go have a chat. "Rohit bhai told me to go and have a chat. Fortunately, Sachin paaji himself came towards me to have a talk. I don't think I heard anything that he spoke, I was just watching him speak," he said.

Kishan's exploits in the domestic circuit has led to a lot of calls for him to be given a shot at the wicketkeeper's position in India's limited-overs squads. "From my childhood, I just loved to play shots. Never really liked to leave the ball or defend it. Always loved to attack and liked the sound the ball made off the bat. I never got ruffled by the bowler's height or pace. For me, it was always about where the bowler was going to land it, and how I would tackle that," he said.