Was disappointed at not taking team over the line, says Jermaine Blackwood 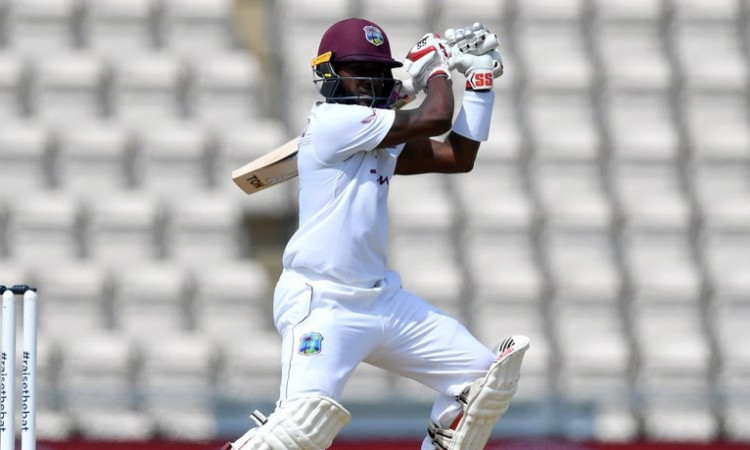 Southampton, July 14: West Indies batsman Jermaine Blackwood has stated he was disappointed with himself after getting dismissed before taking the team over the line against England in the first Test of #raisethebat series at the Ageas Bowl.

Courtesy of Blackwood's 95 in the second essay, West Indies beat England by four wickets to take a 1-0 lead in the three-Test series. Despite his good show with the bat, he accepted being emotional after failing to finish off the game.

Also Read: Foundation for all MS did was laid by Ganguly, feels Kumar Sangakkara

Being just five runs close to a well-deserved century, Blackwood chipped a Ben Stokes delivery straight into the hands of James Anderson at mid-off. West Indies still needed 11 runs when he went back into the hut, which was easily scored by Jason Holder and John Campbell.

Blackwood also heaped praise on Holder and coach Phil Simmons for helping him feel confident about his place in the side. He also credited them for his calm and composed show in the second essay after he was dismissed for just 12 runs in the first innings.

"When you know that the captain has all confidence in you, it just makes you feel good. I know Jason from way back from Under-15 days, so he knows what I'm capable of doing," Blackwood said.

"At no point in time when I was going to bat in the second innings I felt pressure. Just before I went out to bat, the coach (Phil Simmons) and the captain both told me just to play my natural game, but just be selective."

The two teams will now take on each other in the second Test beginning Thursday at the Old Trafford in Manchester.