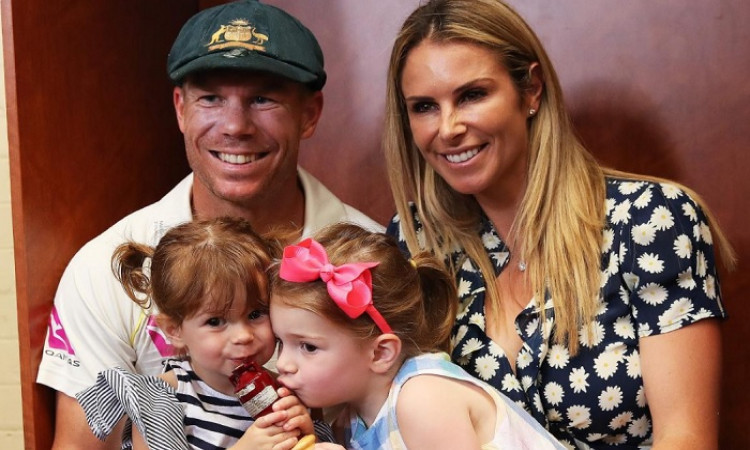 Adelaide, Dec 2: Australia opener David Warner's wife Candice used the words of Mahatma Gandhi to heap praise on her husband after he scored a record-breaking 335 against Pakistan in the second Test.

"Strength does not come from physical capacity. It comes from an indomitable will. (Mahatma Gandhi)," Candice wrote on Twitter after David's marathon innings.

Candice was in the stands of the Adelaide Oval on Saturday when Warner scored his maiden triple hundred. While an elated Warner was seen celebrating in his usual style after notching up his 300 with a boundary off Mohammad Abbas, Candice was spotted wiping tears from her cheeks after David reached the milestone.

Warner's triple hundred is actually the first from an Australian since former captain Michael Clarke's unbeaten 329 against India in January 2012. Warner is also the seventh Australian to score a triple ton. The highest individual score for an Australia lies with opener Matthew Hayden with 380. He had played that innings against Zimbabwe in 2003 in Perth

His triple ton was also the first by a left-hander after Kumar Sangakkara's 319 against Bangladesh in February 2014.

It is also the first time since December 2016 that any batsman has managed to score a triple ton in Test cricket after India's Karun Nair did so against England in Chennai.Warner's wife quotes Mahatma Gandhi to praise her husband.