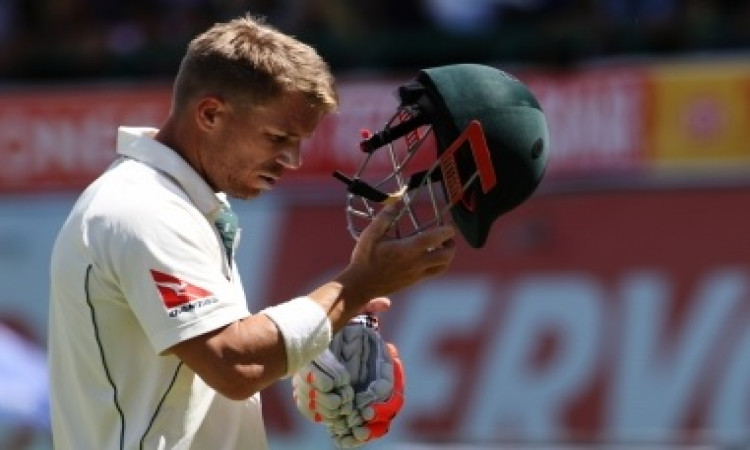 Adelaide, Nov 29 . Even as David Warner continued from where he left in the opening Test, hitting an unbeaten 166 against Pakistan in the second Test here on Friday, a 'six' he scored to get to his fifty brought back memories of the 50-over World Cup final between England and New Zealand.

Australia opener Warner starred again as the hosts raced to 302/1 at stumps on the opening day of the second Test against Pakistan being played under lights at the Adelaide Oval.

Giving Warner company was Marnus Labuschagne on 126. The 294-run second wicket partnership has put the Aussies in the driver's seat even though rain ensured that the duo did not cause further damage.

In the 24th over of Australia's innings, Warner guided a ball towards long-leg and ran for a second run. Shaheen Afridi's throw went for four overthrows and Warner was awarded six runs, much like Ben Stokes in the epic World Cup final.

Though Warner got to his half-century, eyebrows were raised. Footage reviewed by ESPNcricinfo confirmed that the ball had left Afridi's hand well before Warner and Labuschagne had crossed each other.

The Cricinfo report said that as per Law 19.8, which deals with overthrows or a wilful act of a fielder, "If the boundary results from an overthrow or from the wilful act of a fielder, the runs scored shall be any runs for penalties awarded to either side and the allowance for the boundary and the runs completed by the batsmen, together with the run in progress if they had already crossed at the instant of the throw or act."

During the World Cup final earlier this year, which England won on a boundary count after they tied the match as well as the Super Over with New Zealand, it was clear that the throw had left the fielder's hand before the batsmen had crossed each other while taking the second run. In such cases, according to the MCC laws, only five runs should be awarded to the batting team, not six.