June 13 (CRICKETNMORE) Australia opener David Warner was at his menacing best against Pakistan in their World Cup fixture in Taunton on Wednesday as the defending champions won the game by 41 runs. And the man who stole the show with the bat for the Aussies was Warner. Criticised by many for his slow knock in the previous match against India, the batsman hit a 110-ball 107. His knock saw him win the Player of the Match award, but the opener gave it to a young fan present at the ground. 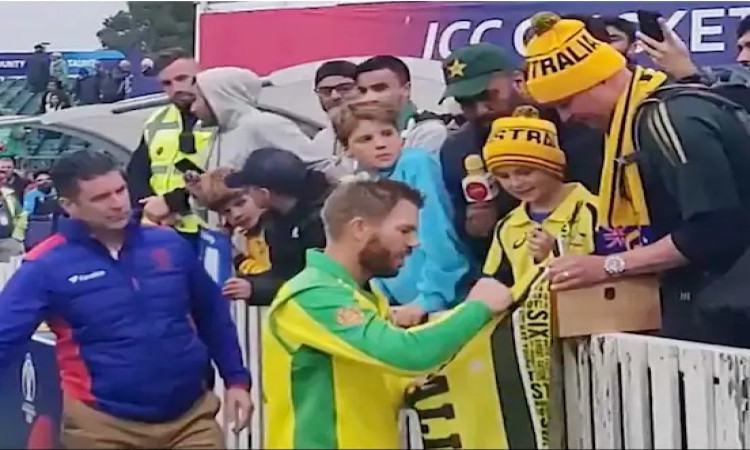 "David Warner made this young Australia fan's day by giving him his Player of the Match award after the game. Wonderful gesture. #SpiritOfCricket #CWC19," the official Twitter handle of the Cricket World Cup captioned the video on the microblogging website.

Warner even signed his award and gave it to the young fan. Speaking to ICC, the youngster said it felt awesome. "We were just waving the flag and he just came over and gave it to us," he said.

When asked whether he is a Warner fan, the kid said: "Yes, I really like him and I am happy with Australia's win".

Australia will now take on Sri Lanka on Saturday at the Kennington Oval in London.