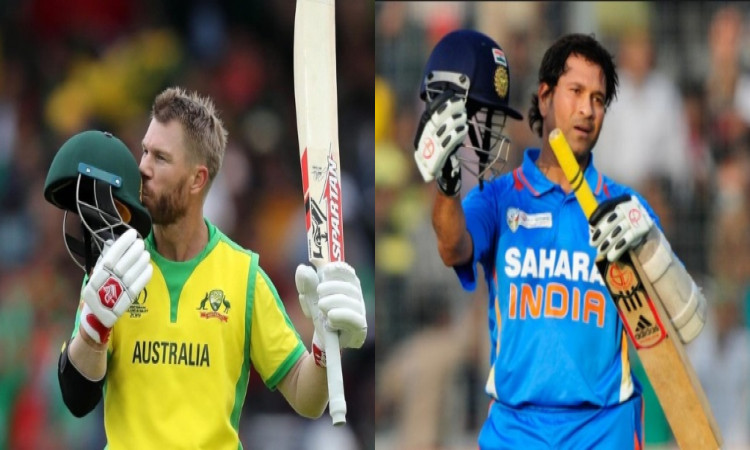 Warner reached the milestone during his 53-run knock against England at Lord's on Tuesday in the game which Australia won by 64 runs. He has now joined an elite list featuring the likes of Sachin Tendulkar and Matthew Hayden after reaching the mark.

The left-handed opener is at the top of the charts in the list of highest run getters in tournament so far. He has scored 500 runs with two hundreds and three fifties in the seven innings he has played so far.

His teammate and Australia skipper Aaron Finch is at the second spot in the list of leading run-scorers in the tournament with 496 runs. He is followed by Shakib al Hasan (476), Joe Root (472) and Kane Williamson (373).