Warner can be leading run scorer in 2019 WC: Ponting 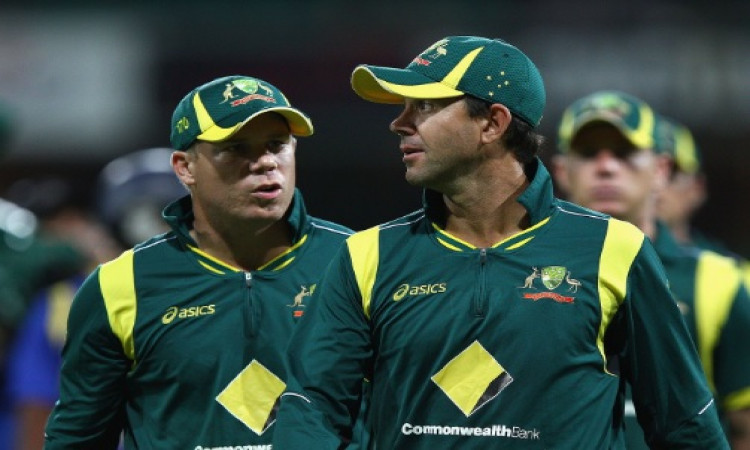 June 14 (CRICKETNMORE) Australia assistant coach believes David Warner can end up becoming the leading run-getter in the ongoing World Cup if he continues to play like he did against Pakistan.

In Wednesday's game against Pakistan, Warner silenced his critics by scoring a match-winning knock of 107 off 109 balls, which included 11 fours and a six and helped Australia defeat Pakistan by 41 runs.

Ponting believes Warner has taken off the hand-brake which has, in turn, allowed him to play more freely.

"You could see by the way he moved into his shots picking up the length early, he hit a lot of pull shots early in his innings, which is always a good sign for him.

"He has taken the hand-brake off which has allowed himself to play with a bit more freedom. If he keeps playing like that for the rest of the tournament, he's probably going to be the leading run scorer," Ponting told cricket.com.au.

The former Australia skipper also revealed that he spoke to Warner ahead of the Pakistan match and advised him to just "see ball, hit ball".

"I think in the back of his own mind to a certain degree, I think he was a little bit more worried about getting out than scoring runs. We said to him after the last game, 'mate, just go out and see ball, hit ball'. He got off to a good start and continued on for 30 or 40 overs," he said.

Back into the national side after serving a one-year ban for his involvement in Newlands ball-tampering controversy, Warner looked edgy and circumspect in the initial games of the ongoing World Cup.

Against Afghanistan, he consumed 114 balls to score unbeaten 89. In the next game against the West Indies, Warner didn't manage to stay long at the crease and got out for mere 3.

Against India, the swashbuckling left-handed opener struggled for most of the time and managed to score 56 of 84 balls (strike rate of 66.67). More uncharacteristic was the amount of dot balls he played. Warner played out 50 dots in Australia's unsuccessful chase of 353, including 14 in a row at one point.

With 255 runs at an average of 85 in four matches, Warner now sits behind only Bangladesh's Shakib al-Hasan (260 runs) at the top of the tournament's run-scoring charts.

Australia will next take on Sri Lanka at the Kennington Oval on Saturday.