Wanted KP in the team because he was one of the best in the world: Graeme Swann

London, April 11:  With the world coming to a standstill due to the coronavirus outbreak, former and current players have been sharing stories from their time in the team and former England spinner Graeme Swann has said that while his relation with former England skipper Kevin Pietersen wasn't the best, they both respected what the other brought to the team. 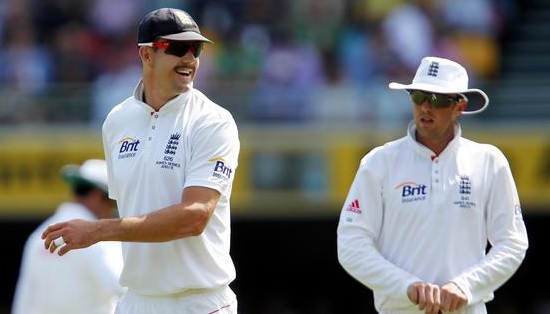 While Swann finished with 255 Test wickets and was instrumental in England's series win over M.S. Dhoni's team in India, Pietersen amassed 8,181 runs in 104 Tests and 4,440 runs in 136 ODIs.

"We are a team that got to No. 1 in the world, and in a team there are always going to be individuals," Swann said in a podcast. "Ninety-nine per cent of that side were all in it for the team."

In fact, Swann says that while there were differences between the two, he shared Pietersen's lack of respect for authority.

"With Kevin Pietersen, we had a situation where he had been captain before and didn't much like establishment and rules," said Swann. "We were actually very similar in that way, and we actually got on - me and KP - professionally better than most people because we very honest with but openly disliked each other. But wanted each other in the team."

Former skipper Andrew Strauss had earlier acknowledged that he could have not only spent more time with KP, but also could have handled matters better after the open fallout when Pietersen ended up sending messages to a few South African players about his own teammates that included Strauss.