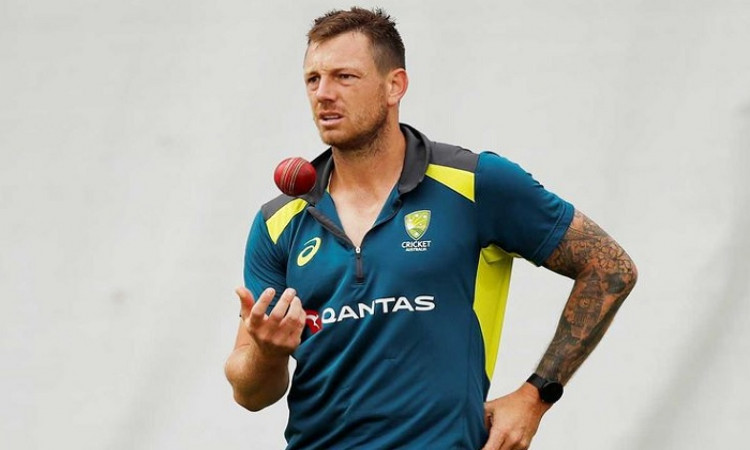 Melbourne, Nov 11: He has been ravaged by injuries most of the time, but Australian pacer James Pattinson now wants to enjoy a rare injury-free lead-in to the international season and make the Test squad on a regular basis.

Pattinson will lead the Victorian side this week in the MCG's first Marsh Sheffield Shield game of the summer ahead of his likely inclusion in Australia's Test squad to face Pakistan at the Gabba later this month.

Also Read: Rohit bhai said he will use me like Jasprit Bumrah: Deepak Chahar

"When I got back from England (Ashes), I didn't know what to do because usually I'd be nursing a stress fracture.

"To rock up, have four days off and bowl again - I was like, 'what's this all about?' It's things like that where you pinch yourself and go, 'this is good, things are starting to line up a little bit'.

"Still not being 30 yet, I've still got a lot of cricket left," Pattinson was quoted as saying by cricket.com.au.

He said he now wants to play back-to-back Tests for Australia.

"The next process for me now is, if I do get the chance in the Test arena, is the chance to play more back-to-back cricket now," said the right-armer, who's taken five wickets in two Shield games this summer.

"Coming into the team and being out for three years, the next process is to play more back-to-back cricket. I've been injury-free for the best part of a year now and the body is feeling good. Hopefully that's the next progression.

"When you see the batters, they're playing all the time and getting into a rhythm. As a bowler it's hard because you're always stopping and going, stopping and going. Hopefully that next process is playing consistent cricket."

Pat Cummins and Josh Hazlewood are Australia's top picks with Pattinson and Mitchell Starc as the early contenders for the other bowling spots also featuring spinner Nathan Lyon.

"We've got a lot of fast bowlers up at the moment, which is great for Australian cricket," Pattinson said.

"All anyone can do is go out there and do their best for the team they're playing in."

Besides the four, Jhye Richardson and Michael Neser will also look to impress against Pakistan in their three-day pink-ball tour match which is underway.