Colombo, Feb 22:  Wanindu Hasaranga led the rear guard action from Sri Lanka as they beat West Indies by one wicket in the first ODI between the two sides in Colombo on Saturday. Chasing a target of 290 that the West Indies set up largely thanks to a century from opener Shai Hope, Sri Lanka went through a middle order collapse after a 100-run stand by the openers. 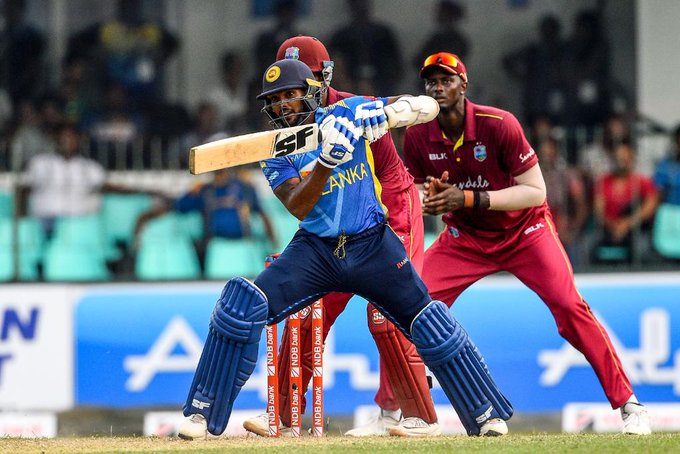 However, Thisara Perera and Hasaranga turned it around. The latter kept his nerve after Sri Lanka started falling again post Thisara's departure and led his team to victory. West Indies thus remain without an ODI win in Sri Lanka in 14 years.

Kusal Perera and Kusal Mendis then put up 32 runs for the third wicket before the latter fell to Hayden Walsh Jr. Sri Lanka then lost Angelo Mathews, Dhananjaya de Silva and Kusal Perera in quick succession and found themselves at 215/6 in the 38th over.

Thisara and Hasaranga however played a counter-attacking 38-run knock for the seventh wicket. Joseph got Thisara in the 43rd over but Hasaranga kept his nerve to end the match unbeaten on 42 as Sri Lanka took the match.