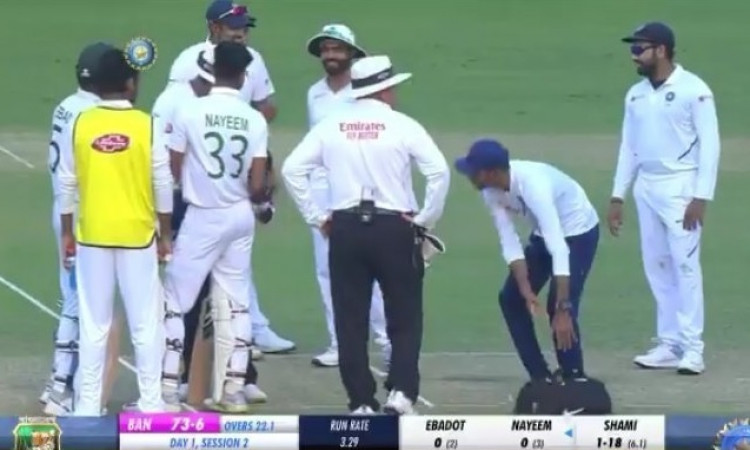 The BCCI posted a clipping of the incident on @BCCI and wrote: "In the end, it's all about the #SpiritOfCricket. #TeamIndia physio, Mr Nitin Patel attends to Nayeem (Hasan) after he gets hit on the helmet."

One fan posted a picture of two fans of the two cricket rivals growling at each other and pointed out that this too happens.

One fan replied: "Indian players be like: We will hit and save as well."

Others wrote "Spirit of cricket is shown on field" and "This is what cricket is all about!".

A post read: "This approach is good: First hit and then treat. Jokes apart, Nice Gesture from Indian Team".

One fan lauded the "great gesture" and wrote: "Poor @BCBtigers in doldrums. 6 wkts down. 1 player concussed. Concussion sub gets hit on the helmet as soon as he comes out. This #PinkBallTest is best forgotten for Bangla players."

In the end, it's all about the #SpiritOfCricket.#TeamIndia physio, Mr. Nitin Patel attends to Nayeem after he gets hit on the helmet.#PinkBallTest pic.twitter.com/pFXsUfXAUY