Mumbai, Jan 13:  Former India opener Virender Sehwag has batted for Day-Night Tests, saying it is the future and should be played more regularly in India. 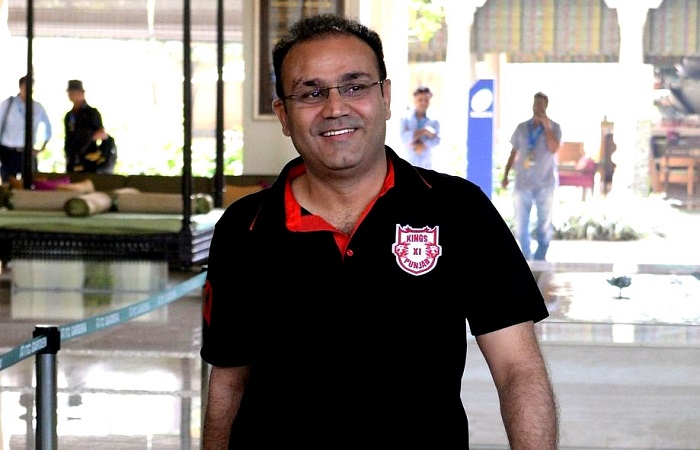 
'Pravin Tambe can't play in IPL as per BCCI protocol'

It remains to be seen whether Virat Kohli and Co. take up the challenge of playing a pink-ball Test in Australia later this year, something they had refused earlier, but Sehwag on Sunday night said it is the way forward to bring back crowds.

"Day-Night Tests are the way forward. We saw that at Eden Gardens. Credit to dada (Sourav Ganguly) for making it happen," Sehwag said while delivering the seventh Mansoor Ali Khan Pataudi Lecture at the BCCI Awards on Sunday.

"Innovation is the need of the hour. There should be more fan engagement," added Sehwag echoing Kohli and Ganguly who have both in the past spoken about better marketing of the five-day game in the country.

Meanwhile, Kohli is open to being a part of more Day/Night Test matches in the future. "We played the day & night test here (India), we are happy with how it went. It has become a very exciting feature of any test series, we are open to playing day & night tests. We are ready for the challenge," Kohli said on Monday while addressing presser ahead of first ODI against Australia.

On Sunday, the former India opener had also joined Kohli and head coach Ravi Shastri in backing five-day Tests over ICC's proposal to curtail it to four days to draw more eyeballs.

Sehwag compared the five-day traditional format to baby diapers, saying both should be changed only when it becomes completely redundant.

"I have always supported change. I captained India in its first T20 game and I am proud of that. I was also part of India's World T20 winning team in 2007. But five-day Test cricket is romance," Sehwag had said.

"Innovations like names in jerseys and pink ball Tests are fine. But diaper and five-day Tests should only be changed when its finished, when it can't be used anymore. Five-day Test is not finished. Test cricket is a 143-year old fit person. It has a soul. 'Char din ki sirf chandni hi hoti hai....Test cricket nahin' (four days of moon is fine, not Test cricket)," said the ever-witty Sehwag in his inimitable fashion.

The ICC Cricket Committee is set to discuss the idea of four-day Test matches, but it will, in all likelihood, get a red flag from the Board of Control for Cricket in India (BCCI) as the Indian board is set to stand with Kohli and Shastri.